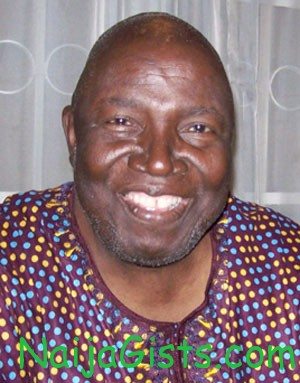 Professor Omo Omoruyi, the ex-DG of CDS(Centre for Democratic Studies), a one-time cancer survivor has been flown overseas for treatment after the recurrence of his cancer 5 years after cure. naijagists.com

In 2007, Omo Omoruyi got the sad news of his cancer diagnosis and was flown to the United States for an aggressive cancer treatment which became a success.

This time around, Omoruyi who has been cash-strapped due to his ailment received help from Edo state Governor Oshiomhole who sponsored his travel.

However before he departed, Omoruyi called on President Jonathan and other notable Nigerians to help for the finance of his cancer treatment in the United States.

He took a swipe at IBB for allegedly neglecting him during his previous treatment period.

Professor Omo Omoruyi in his own words below:

“my cancer is back and I don’t know how it will end. The governor of the state, Comrade Adams Oshiomhole, has graciously come to my aid again. He is the one making it possible for me to commence my second journey. You know in my book I said ‘My journey back to life,’ that is journey number one, it will appear I am starting a second journey. How this second journey will end, I don’t know.

“I am going to the hospital in the United States to commence a new treatment plan and that treatment plan, how it will end, I do not know. You will recall that in the book, I said in the life of a cancer survivor, there are two fears. Fear number one is that of recurrence; the cancer could come back. Fear number two is that one could die.