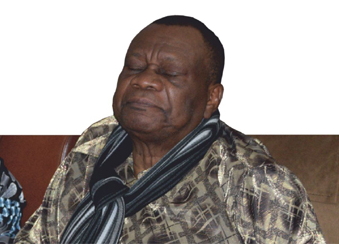 The Print Media officer of CAC Agbala Itura branch in Lagos Mrs Adepeju Eniola revealed to reporters earlier this week that ailing Prophet Samuel Kayode Abiara is now preparing for his own death.

Mrs Adepeju said fans of the Prophet should worry less because the cleric had already prepared the minds of his followers .

“Papa had prepared the minds of the people, not for Mama’s death but generally on deaths. He spoke a lot about it in recent times.

“In fact, there is a book Papa (Prophet Abiara) wrote, which is about to be published. It is title ‘Why death?’

The man of God was rushed to UCH earlier this week and was admitted for stress and depression.

Continue Reading
You may also like...
Related Topics:abiara, death, prepare