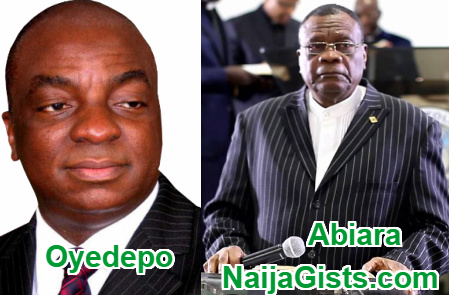 There were reports early in the week that CAC Agbala Itura’s leader Prophet Abiara had to be rushed to the University College Hospital (UCH), Ibadan, where doctors battled to save his life.

His wife 70-year-old Mrs Abiara had passed on after about 50 eventful years of preaching the gospel with her heartthrob and leading the women wing of the Christ Apostolic Church (CAC), Agbala Itura worldwide.

Not a few people had surmised that the man of God would find the death of his wife extremely painful and almost unbearable. The speculation proved prophetic when Prophet Abiara was rushed to the hospital; a situation that was quickly linked to the death of his heartthrob.

As would be expected, the news of the popular prophet’s break down jolted the leadership of the Christian community with notable spiritual figures making spirited efforts to reach his family or visit him on the sick bed to douse their worries.

And as he lay on his sick bed at a private ward of the UCH, Ibadan, Christian leaders took turns to reach the pastors in the ministry as well as family members and close associates for information on the evangelist’s condition.

The Nation gathered that Bishop David Oyedepo of the Living Faith Church a.k.a. Winners Chapel, was among the Christian leaders that personally visited Abiara at the hospital.

Many other prominent church leaders were said to have made telephone calls to Abiara’s family members and friends to confirm that all was well.