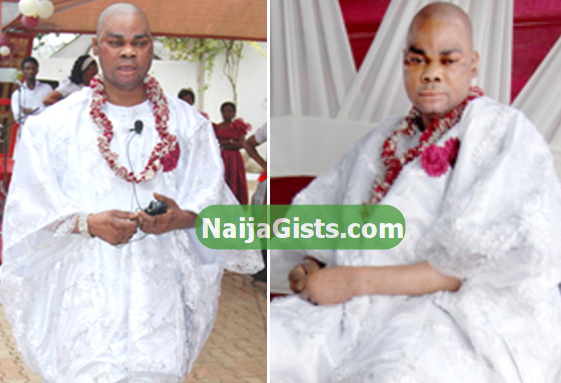 In a false attempt to keep his memory alive, some members of late Prophet Ajanaku‘s church claim he woke up as mortuary staff were getting his corpse ready for burial.

According to the funny rumour making round, Pastor Ajanaku allegedly woke up and shouted “Thank you Jesus ” before relapsing into another spiritual slumber.

The members also claim his wife, Joy Ajanaku has been claiming daddy is not dead.

In another development, we learnt oro worshippers (Yoruba traditionalists) were the people who conducted his funeral rites on Tuesday. 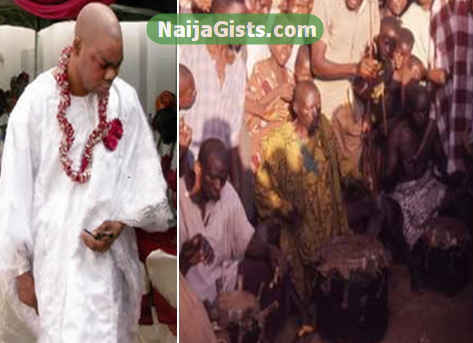 According to sources from Gbogban (the hometown of late Ajanaku), in his lifetime, the founder of Christ Revival Victory Chapel International in Lagos, Pastor Iretiola Ajanaku who was a muslim before converting to Christianity was a member of the popular Oro cult.

Area residents of Ikola Odunsi, the place where prophet ajanaku lived before his untimely death on Saturday evening at Gbongan in Osun state said they were all surprised when Oro masquerades and traditionalists did his burial rites.

The residents claim the oro worshippers chanted Ajanaku’s name throughout the town.

They started chanting his name throughout the streets where he lived and ended their chanting at Folarin Williams close, the house of the deceased prophet.

This development has led to confusion among his faithful church members as some have vowed never to step into Christ Revival Victory chapel International again.

These are signs of end time.

May the Lord give believers discerning spirit to distinguish between evil spirits and the true spirit of God.