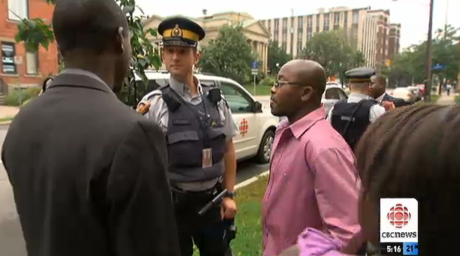 On Thursday August 22nd, 2013, some angry Nigerian citizens in Canada attacked the embassy in Ottawa, the capital city of Ontario over an unannounced closure and attempt to collect bribe from them. 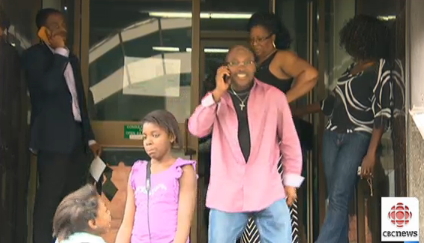 Dozens of citizens who came from different part of Canada to renew their passports, apply for visas and new Nigerian passports were surprised when the High commission told them they’ll be closing for a week.

The angry citizens immediately began a protest which almost turned violent if not for the quick intervention of RCMP Officers.

Seriously Nigerian embassy in Canada is the worst in history.

When I travelled to Toronto last year, I went there to renew my passport, I was told I have to come back while new people who know the big bosses there were walking in right in front of me to get their passports renewed immediately.

As a Nigerian, I was forced to cause a serious scene before they could attend to me.

So if I didn’t fight for myself last year, they would have send me back all the way to Toronto empty handed.

Nigerian embassy in Ottawa should be investigated for lack of human rights and corruption.

The angry citizens banged loudly on the doors, pushing and shoving, until the few high commission staff that showed up for work finally opened the door.

Many went inside along with RCMP officers.

The high commission staff explained that they don’t know how to operate the computer that makes passports and visas.

Watch the videos of the protest below