As earlier reported by NaijaGists.com in November 2013, Peter Okoye and his twins brother Paul plan to have their white wedding together this year.

Though the date was not announced then, we have been hinted that the wedding will take place in Dubai in April 2014.

Come April (date still unknown) the duo will walk down the aisle together with their lovely baby mamas in Dubai. 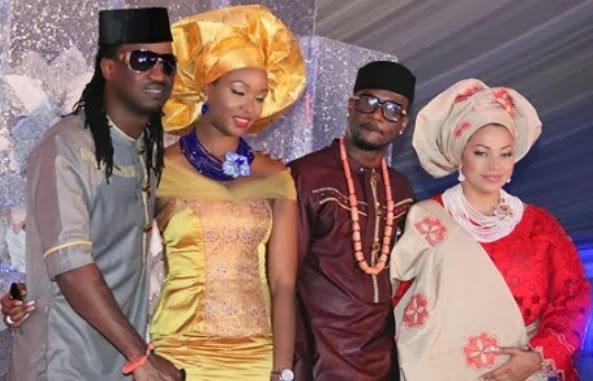 Pictured beside Paul Okoye is his fiancee, baby mama Anita Isama. On the right is Peter Okoye and his wife, Lola Omotayo on their traditional wedding day .

Paul is yet to do his traditional wedding hopefully he will do it before April.

In the absence of last minute change of mind, P-Square’s white wedding will rock Dubai in 3 months time.