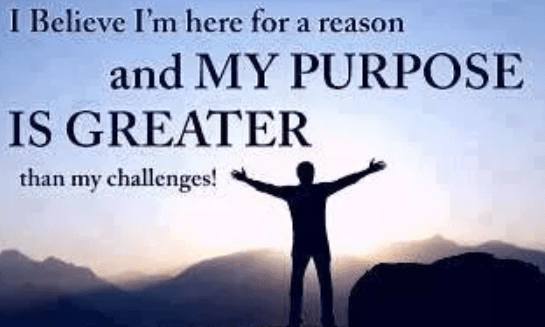 We are born into this world and as soon as we are old enough to understand we start to question why we are on this planet.

So we follow a pre-determined course: we go to school to get a qualification or learn a trade, marry and start a family. Over time we watch our offspring’s grow up, leave home and start families of their own. We ourselves grow up and old , retire and wait to die.

All this from the time we are born till the day we die is called ‘Life’. And what is ‘Life’? And what is it we have done in the 80 or 90 years that we dwell on this planet?

A majority of people will say that they have ‘lived’ – followed a pre-determined course of life as their fore-fathers before them.

So let me recap: you are born; you play for the first 10 years of your life. You spend the next 10 years of your life learning a trade or getting educated. You marry in your 20s, have a few kids, buy or build a house and raise your family. At work you climb the corporate ladder so you can have more money to spend and save for your retirement. Then you retire from work, either setting up your own business to supplement your pension, go back to farming in your village or play golf.

And you have lived? It’s the reason why so many people get to the end of their lives and wander what it was all about.

So to recap again we are born to live and live to die. So what are we exactly doing in life? Religious leaders insist that you live a godly life while on Earth so you can go to Heaven and not wind up in Hell but miss out on the point on what we’re supposed to be doing on Earth in the first place.

William Shakespeare famously once said that “…all the world’s a stage and all the men and women merely players; they have their exits and their entrances…”, in short we’re all here to play our part in the development of this world for future generations yet to come.

Our primary objective is to build a better world for the next generation to ensure the continual existence of the human race. Unfortunately our selfishness and short sightedness is putting this divine plan in peril. We plunder and destroy our natural resources with little thought for the future. Our incessant quest for more wealth not only enslaves less fortunate ones but also threatens their very existence. Our hatred for one another has spawn countless conflicts resulting in many dying.

Also when you come into this world you are given your own very unique talent. No two persons’ talent is the same. It’s unique to you! And with your talent you help this world to grow. For instance an architect uses his talents to design a house and a builder builds it. In between the builder will employ the talents of other people such as electricians, plumbers and painters. And the creation , the house, brought about by all these different peoples’ talents will remain standing long after they’ve gone. The pyramids build thousands of years ago are still standing. Books by acclaimed writers like William Shakespeare are still being read hundreds of years after his death. So no matter who you are whatever your talent creates stays in this world.

So the next question we need to ask ourselves is what kind of legacy do we want to leave behind, a good one or a bad one? Nobody wants to be remembered as Adolf Hitler, Saddam Hussein or Pol Pot! It doesn’t matter what you do: it could be a simple thing as raising a family and teaching your offspring to be productive, godly and good. Anything, as long as it serves to preserve this world. Ralph Waldo Emerson sums it up perfectly when he said “ the purpose of life is not to be happy. It is to be useful, to be honourable, to be compassionate, to have it make some difference that you have lived and lived well”.

Change and progress in the world can only come about if people realise that their purpose is to prepare for the next generation – not just themselves! Some people like Bill Gates and Elon Musk are using their own money and ideas to change the world whilst others are using their own money and time to create employment and better living conditions for the less fortunate. Others are creating works of art, building monuments, inventing things to make our lives better or simply using their wisdom to help others. Even our actors, actresses and musicians who entertain us are contributing something as we’ll still be watching their films and listening to their music for years to come.

And of course there are those who have no intention of making any positive contributions to this world : they are the selfish and evil ones who think only of themselves. They are the ones who start wars and conflicts. They are the ones who’ll enrich themselves at the expense of others. They are the ones who kill and destroy things. All undeveloped nations in the world are a testament to the fact that nobody is interested in investing for the future: corrupt politicians would rather squander public funds to fund their lavish lifestyles instead of building roads, schools and hospitals for the benefit of the populace, current and future generations yet to come.

Rich people in these countries would rather waste their money on frivolous things instead of trying to help the struggling communities around them – better to be seen Mega-Rich than poor! And people wander why there is no affordable healthcare, power or basic amenities. If generations before haven’t worked hard and built infrastructures for the future there will be nothing! It’s no wonder that the common joke in the world now is that the Americans are on their way to building colonies on Mars and the average African cannot build and tar a road to his village!

We all seem to forget that everything we have in our lives now is the legacy left behind by people who have made a positive contribution to this world. The houses we live in, the cars we drive or the planes we fly in, the mobile phones we use, the internet, our laptops were all created by people who made it their duty to make a contribution to this world and for generations yet to come.

So the purpose of our lives is simply to contribute to the continual development of this world, not to just to get rich and become famous but to make a difference. The human race will survive and progress will make peoples’ lives better.

Why We Fail: 7 Common Causes Of Personal And Business Failures
Only You Can Prepare Yourself For Success