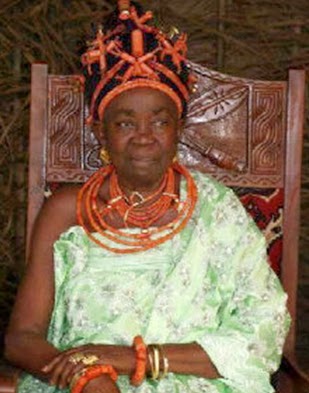 The first wife of Oba of Benin Kingdom, King Erediauwa has died.

Queen Esther, Eson n’erie died on Saturday the 18th of January 2014 around 8pm after a long time battle with diabetes.

Her condition got worse last month. It was disclosed that people trooped to her family house at Omoruyi st off Sakpoba Rd in the capital city of Edo state when the news of her death first broke last night.

Her burial arrangement will be announced soon.