A young lady who claimsed she had underage sex with singer R Kelly after meeting him outside his 2008 child Pornography trial in Chicago has finally opened up.

In a disturbing interview with The Real, 24-year-old Jerhonda Pace said she was only 16 when Kelly invited her on a tour bus where she found him naked with other women.

Here is what she told The Real: 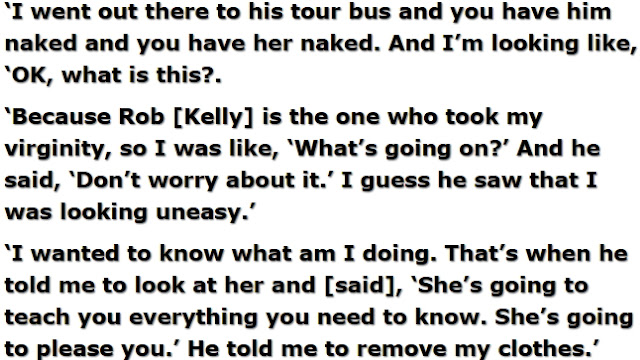 The now mother of three accused Kelly of physically assaulting her.

Pace said she escaped in 2010 when she lied to the singer that she was going to get shoes from her uncle’s place.