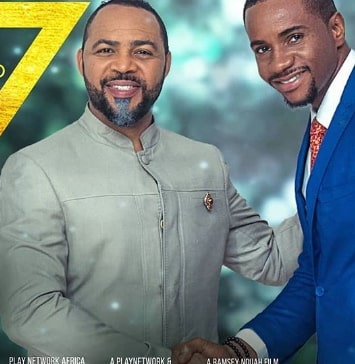 Nollywood actor Ramsey Noah’s directional debut, ‘Living in Bondage: Breaking Free’ has set a record with 50 million Naira within its opening week as the highest opening for a Non-comedy film for 2019.

The movie is the sequel to one of Nollywood’s most iconic movie, ‘Living in Bondage’ which was made in 1992. It was written by Nicole Asinugo and C.J. Obasi, it is a Play Network and Natives Filmworks presentation, produced by Steve Gukas.

‘Living In Bondage’ which in 1992 birthed the Nigerian movie industry that is today universally known as Nollywood. Its sequel, ‘Living In Bondage: Breaking Free’, is now the number one film in West Africa.

The Executive Producer of the movie, Charles Okpaleke, in announcing the giant strides achieved with the film wrote on his Instagram account, (@charlesofplay): “It’s the Lords doing and it’s marvelous in our eyes!!! Thank you all, please keep spreading the word, without you going to the cinemas we wouldn’t push these numbers. I urge you all to go out, take a friend your family and join us in keeping alive our history, culture, and heritage. Nollywood has come to stay.” 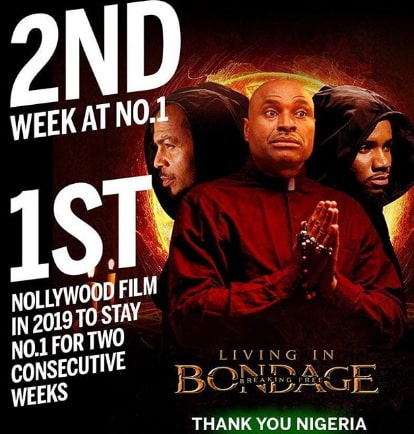 Following the trails of the original film, ‘Living In Bondage: Breaking Free’ narrates the story of a young man Nnamdi (played by Swanky JKA), whose irrational quest to get rich lands him in the wrong hands. Actors featured in the movie include: Ramsey Nouah, Kenneth Okonkwo, Kanayo O. Kanayo, Enyinna Nwigwe, Nancy Isime, and Munachi Abii.

If you haven’t watched this movie at the cinema, you are missing out.