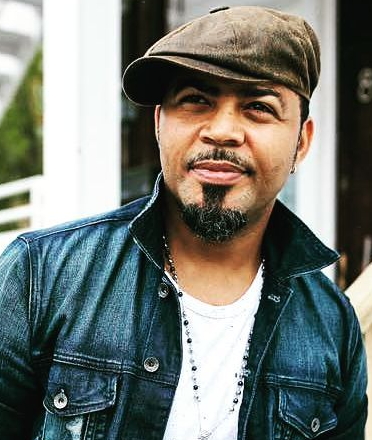 September 9, 2017 – Ramsey Tokunbo Nouah: The Secret Of My Youthful Look Is Joy From Within

Nollywood legend Ramsey Nouah who recently played a female role in ‘My Wife and I’ in this new  interview talks at length about his career, the character he plays in movie and other issues.

How are you, Ramsey?

Your role in ‘My Wife And I’ was kind of weird…

It was weird, yeah.

How did you manage to get into that role?

Trust me, it wasn’t fun at all. It was very awkward. Every time I had to play that part, I was always like ‘ha!’ I hated it. But professional ethics demand that you do stuffs that you need to do.

What was the experience like playing the role of a woman and costumed in female attires?

You know, women are passionate about men trying to be like them. I don’t know what it is. It excites them. Everywhere I go, I remember the red carpet, it was the same thing. All the girls are like ‘how do you feel playing a woman?’ It wasn’t fun, honestly.

But was it challenging?

Would you describe it as the most challenging role you’ve taken?

Oh, no. Not exactly. It’s not mentally demanding. Don’t get me wrong. It’s just that there are some morals than challenge and that’s why when I was doing it, I had a bit of reservation, but of course I still tried to pull it through. This is like comedy; it’s nothing serious, so we could play with it. Besides, it was pretty hard for me to get those gestures and mannerisms but my colleague helped me out with it. So,

How do your fans relate to you, in response to the movie?

A few of them felt like ‘Arrgh! Gosh! How would you ridicule Ramsey Nouah so much? How would you bring him down so much like that?’ But to me, it’s not bad, to me it’s a professional thing, yeah, it’s what you must do.

Are we getting there in Nollywood? Are we improving or regressing compared to when we started?

Emm… for Nollywood, there have been phases of growth for us. It seemed like we started off on a very good note but everyone is thinking… No, no, no, it’s not as if it’s not a good note, it is, but there was a good start, there was an influx of stories. It became saturated. People got tired and everybody just felt like the industry has reached its peak and there’s nowhere else to go. Hence, that point in time was when everybody began to say ‘are we growing or falling?’ But this is what it is. We had good performances acting, in the beginning.

The performance acting became saturated because there were too many movies outside. Technicals didn’t grow from where we began , it was going to get better but mid-way but things got worse. Now, technical is growing. What’s giving birth to good technicals are the cinemas. For you to shoot a movie for cinemas there has to be capital, of course big screen and you have to get everything and every detail right. But there’s a nosedive with the performances now. Where we have gotten to now with good technicals, acting is getting better. There’s need for that bridge for technical and acting to synegise for us to have a smooth and perfect production.

Okay, just another film long after ’76. Are you choosy or the scripts are not coming?

Oh, we all have to be choosy. You can’t take every script that comes your way. You and I will agree that you’re better off looking for characters that suit or befit you the most, not just pick any story or character that is not challenging, What do you look out for in a script?

I look out for story to start with, the character I’m playing and the story itself. How important is my character to the entire story? If a story is very ‘killing’, I can’t miss it.

Will you reject a script because a particular actor or actress you’re not comfortable with is in the story?

(Long sigh) It’s rare; it’s rare that I would because it has never happened to me. I’ve never rejected any script because of that except I’m having like a dispute with the person which is rare, maybe I’m not comfortable with the person, maybe we’re apart, maybe we’re having some sort of disagreement and stuff. Yeah, maybe that, otherwise, I’m fine. 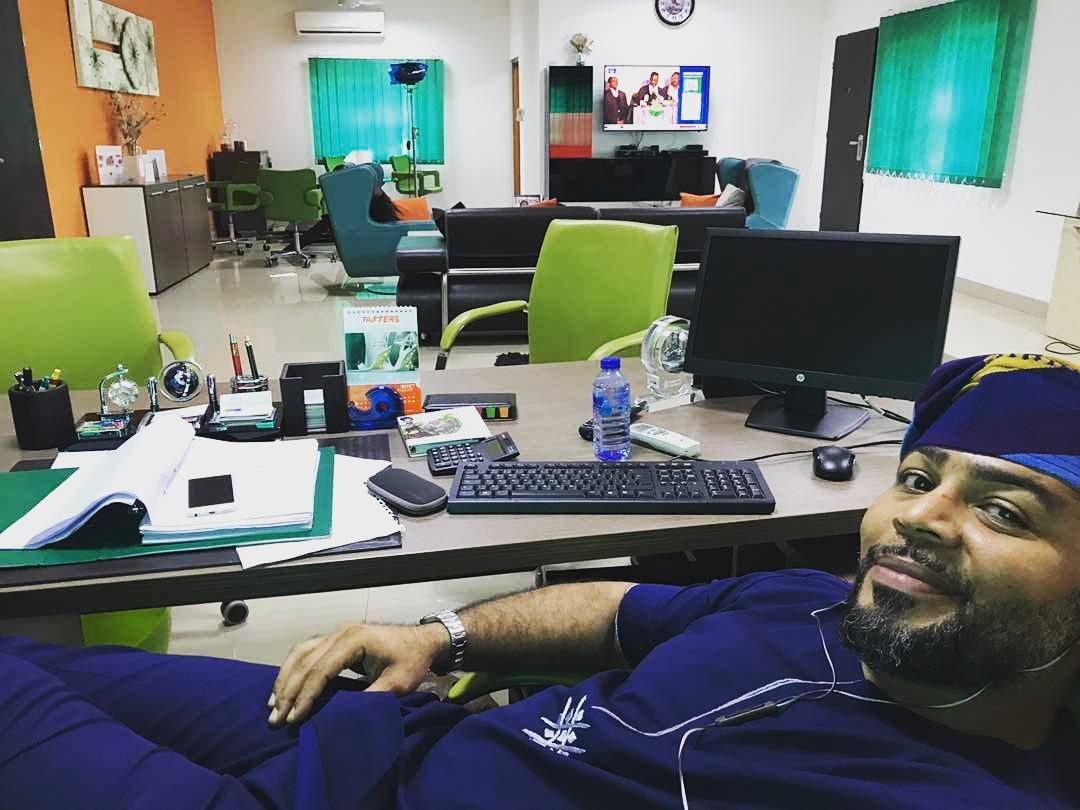 What convinced you to take up the role of a woman in My Wife And I?

It’s because of the challenging part. It’s because I’ve never done it before. I think I did something some years back but that one was like I was an undercover, so I dressed like a woman. Those were years back; early 2000. I dressed like a woman; they tied gele and scarf for me and I was like (mimics a female voice) ‘hey what are you talking about?’ I did all of that but this one is different. There’s a message to this one and the message is very simple -what are the conflicts in marriages and why are marriages always having problems? 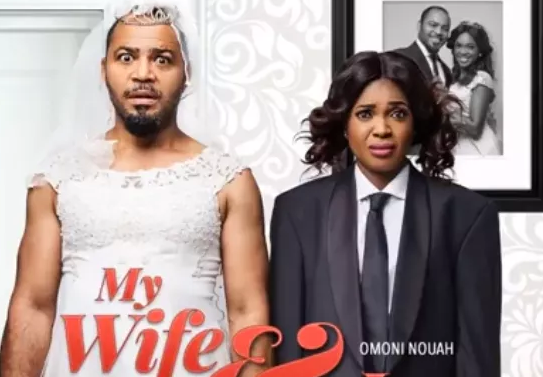 You’re over 40 years and you’re still looking good. What is the secret?

I think it is just joy from within. A whole lot of people tend to pack up a lot of bad belle, you know, vexing over this and that. That brings about… so just smile; a beautiful smile everyday could take you a long way. 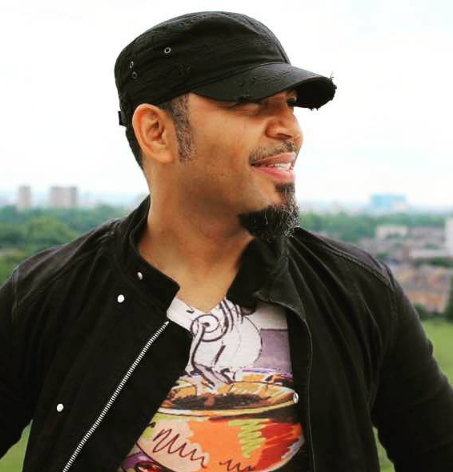 You’ve played in a couple of love scenes in films. In terms of chemistry, will you play a love scene with just any actress?

If the character demands it, why not? With anybody, why not? But if you’re saying ‘anybody’, umm, it depends on what ‘anybody’ means. Like you play love scene with a female counterpart when it has to be an opposite sex, not the same sex.

What determines the chemistry between co-stars?

It’s internal. There are two things, yeah, there’s a professional ethic that drives whatever you’re doing. Secondly, you have to find that internal energy and connection between you and the other actor. You can also talk about attraction factor.

You have to be attracted to each other first?

Not first. It’s not the first one. Like I said it’s internal. There’s the professional… sometimes it connects, sometimes you have disconnect at some point. It’s normal, it’s natural for it to happen but then, you have to know when to balance it. It’s what is demanded of you professionally.

You’ve been around for a couple of years. What has been your greatest moment as an actor?

I think it’s the moments I spend with my family when we’re out holidaying or going different places. Adventures and stuffs like that are my greatest moments. But one of my greatest moments professionally was when I shot Dangerous Twins with Tade Ogidan, because it was very demanding.

Have you had a low moment?

Yeah. In 2006, a couple of us were blacklisted by the (film) marketers for no good reason. Of course, at that moment there was a turnaround in my faith in the industry. I was like ‘what the hell, why should we have this?’ Hence, when the cinema thing came in I was very happy because it helped curb our industry. Because we lack structure, we lack regulation and regulatory bodies to actually checkmate certain things; a whole lot of things went haywire. That was one of my low points in the industry.

What has a crazy female fan done to you?

Hugged me, kissed me.

Embarrassed you in public?

Yeah, it might be a bit embarrassing but some people just have an expressive way of doing their stuff, you can’t stop them. They make things happen for you; they make your world go round. Sometimes when they do something like that, you find it quite embarrassing. I don’t want to go into the explicit ones.

What has fame done to you?

Fame has had its benefits. Good plays, good moments, umm… and it has its downsides. A lot of people appreciate you, yeah.

It has opened doors and closed doors on your face?

Yeah, it has opened several doors. Like this one we’re doing here, this initiative (ACTDF), it is a door opener for my job.

Has fame closed doors on your face?

No, I wouldn’t say it closed doors on my face. No, not exactly. But, you know, you meet lots of people who tend to appreciate you. Everyone sees you around, all your fans, most especially in Lagos; see you as their ATM machines. All their greetings have to be paid for. For instance, they will greet you ‘Hey, good morning bros, we dey hail o…’ You know you have to drop something, so it’s quite a thorn in the flesh.

Some actors and actresses have delved into music. Is Ramsey Nouah going to sing one day?

I never say ‘never’ to anything. But no, not really.

Dakore Akande: My Husband Takes Care Of His Kids & Do House Chores, He Is Not A Typical African Man
Halima Abubakar Opens Up On Ill Health: I’m Not Strong Enough To Resume Acting