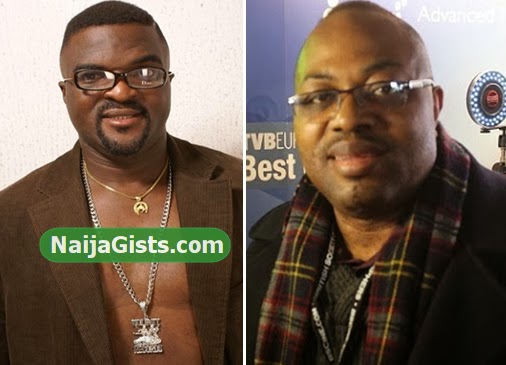 March 7, 2014 – Rape Case: Obesere’s Ex-Manager Defends Him On Facebook “He’s Not A Womaniser”

Popular Nigerian music promoter Don Pedro Okojie, who happened to be Fuji star Abass Akande Obesere‘s one-time manager has lent his voice to the ongoing rape case being battled by the singer.

“Abass Akande Obesere is like my son. I discovered, promoted & managed him in Nigeria, took him on international tours to the USA and Europe.
There are things I am privileged to know about him as a person who was very close to me. He never drinks any alcohol, nor smokes. He doesn’t womanise, they always throw themselves at  him everywhere, Nigeria, USA, Europe.This is just the devil trying to soil his name and they will fail. Every Star goes through trails and this is one for him but he will overcome. He used to be a very prayerful person and I hope he still is. He is a great talent and am glad to have worked with him. We shall join him in prayers that justice be done.” 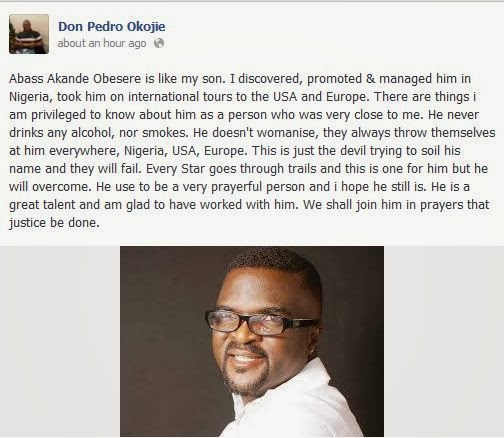 Since the rape story started earlier this week, everybody have spoken positively about Obesere’s character.

His manager said women throw themselves at him in Nigeria, America and Europe.

May be this is a temptation period or rather a warning message for the popular Fuji star to be careful with women.