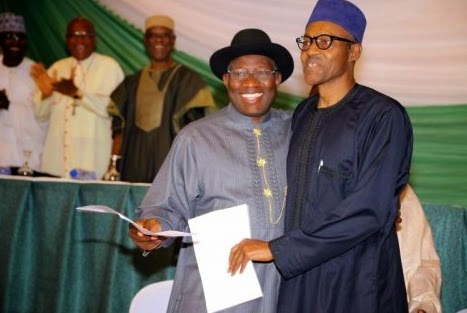 From the information received from a credible source at the Indepent National Electoral Commission in Abuja, Buhari is set to be declared the winner of 2015 Nigerian Presidential election.

As at 1:15pm in Abuja, the results collated revealed that APC is leading by 69% nationwide as PDP follows at 30%.

See the full chart of the results below. 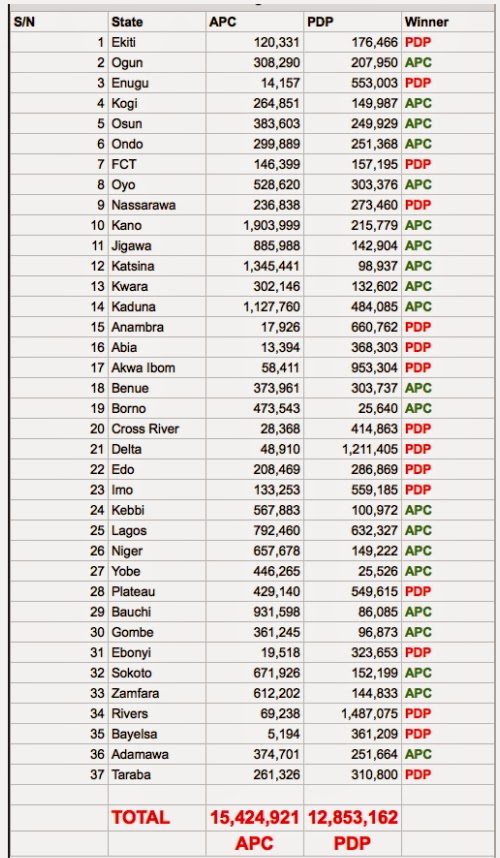 President Jonathan has called Buhari to congratulate him.