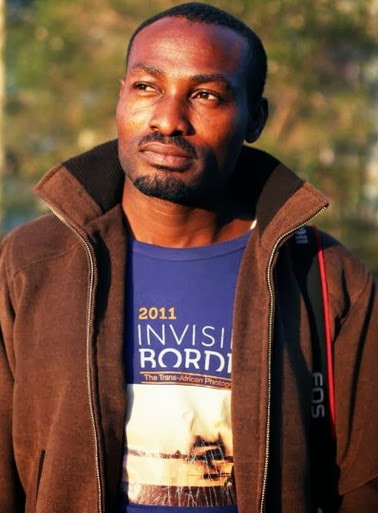 Before his death, he travelled to Nairobi Kenya and Sudan for some photography projects before returning to Nigeria after a deadly clash that started back in Sudan few weeks ago when Sudanese Government removed oil subsidy.

The actor escaped death by whisker on September 25, 2013 after a deadly clash in Khartoum.

According to sources, the actor arrived Nigeria from Kenya on September 30, 2013.

On Friday, a colleague claims he complained of minor headache after suffering from what he called mosquito bite. He was rushed to the hospital where he was pronounced dead on arrival.

He became a popular face in Nollywood after featuring in several home videos and soap operas.

As at the time of this report, members of Lagos chapter of AGN under the leadership of comic actor Victor Osuagwu are preparing for his burial.

A scene from one of his movies where he played the role of The great king Ofure.

king Ofure and his princess on a movie set in Ogun state.

It is with deep regret that we announce the passing on of our friend, brother and member Ray Daniels Okeugo. This incident took place on the evening of Friday the 25th of October 2013, in Lagos, Nigeria. Until the mentioned day, he was a founding member of Invisible Borders Trans-African Photographers Organisation, and has been behind every success of the Organisation’s activities since its inception. As a photographer and an actor in the Nollywood film industry, he will be remembered for his unquenchable energy. He exudes the demeanour of “the last man standing”, and this goes a long way to highlight our shock at his sudden exit from this world, after just a brief illness. Everyone who knew him can attest to the fact that he carried within him an undying urge towards selflessness. He made himself readily available and good to go no matter the situation. We will miss him everyday henceforth, and nothing will ever be the same with his indefinite absence. But in all, we will hold on to the good memories we shared with him. We may have lost him, but he has not lost his place in us – his legacy will be upheld by this organisation which benefited immensely from his nature always to give.
Our heartfelt condolence goes out to his family and friends, and we wish them strength to bear this irreplaceable loss.

Ray, we wish you a pleasant journey onwards