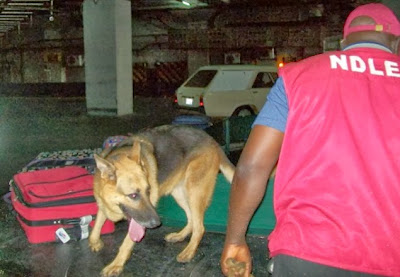 Days after the arrest of 98 drug addicts in Ebonyi state, NDLEA has announced additional arrest of 158 drug dealers and users in the north-western state of Kebbi.

According to Nigeria‘s National Drugs Law Enforcement Agency, an aggressive campaign is currently ongoing to get rid of illegal drug dealers and addicts on the streets.

This was revealed to News Agency of Nigeria by Mr Okon Ulo, NDLEA commander for Kebbi state.

According to him, the ongoing campaign will be extended to Yauri, Zuru, Jega and Arewa Local Government Areas of Kebbi state.

“Some ‘red spots’ have been identified within the metropolis and l want to assure you that the menace will soon be eliminated.

“The trading and consumption of illegal drugs have negative impact on the community especially among youths but the agency will work diligently to curtail drug abuse to zero level,” he said.

He called on the state government to provide the agency with additional patrol vehicles to strengthen its operation.

Also 358.78kg of cannabis and 1.3 kg of psychotropic drugs were confiscated during the raid.