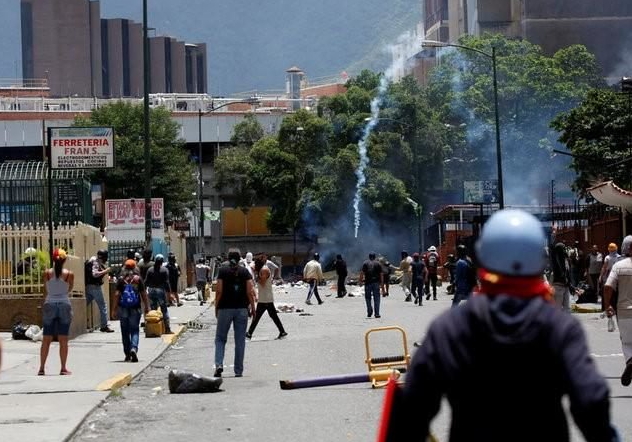 Israel bolstered security in the Old City of Jerusalem on Friday and prepared for possible clashes with Muslim worshippers after Prime Minister Benjamin Netanyahu decided metal detectors at a sensitive holy site would not be removed.

There have been daily confrontations between Palestinians hurling rocks and Israeli police using stun grenades since the detectors were placed at the entrance to the shrine, known to Muslims as the Noble Sanctuary and to Jews as Temple Mount, on Sunday, after the killing of two Israeli policemen.

Muslim leaders and Palestinian political factions have urged the faithful to gather for a “day of rage” against the new security policies, which they see as changing delicate agreements that have governed the holy site for decades.

The Israeli police said extra units had been mobilised to bolster security in the Old City, while Muslim access to the shrine for prayers would be limited to women of all ages and men over 50.

Roadblocks were in place on approach roads to Jerusalem to stop buses carrying Muslims to the site.

The Noble Sanctuary-Temple Mount compound, containing the Dome of the Rock and the Aqsa Mosque, has long been a source of religious friction.

Since Israel captured and annexed the Old City, including the compound, in the 1967 Middle East war, it has also become a symbol of Palestinian nationalism.

On Thursday, there were calls for Netanyahu to back down and remove the metal detectors so as not to inflame the situation.

Jordan, which is the ultimate custodian of the holy site, has also been involved in mediation efforts.

After a late-night meeting of his security cabinet, Netanyahu decided the metal detectors should stay.

Officials said they were necessary to ensure Palestinians and Israeli-Arabs do not smuggle weapons into the holy compound.

Far-right members of Netanyahu’s government, which relies on religious and right-wing parties for support, had publicly urged him to keep the devices in place.

“Israel is committed to maintaining the status quo at the Temple Mount and the freedom of access to the holy places,” the security cabinet said in a statement.

“The cabinet has authorised the police to take any decision in order ensure free access to the holy places while maintaining security and public order.”