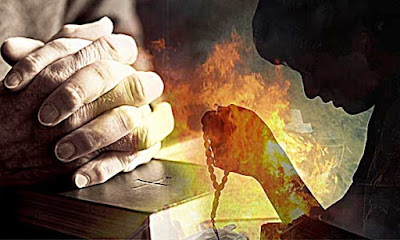 Perhaps the greatest problem facing humanity in this age is extremism. Day by day, young men across the world are getting radicalised, desperate to kill and destroy to settle religious and political scores. But, does God actually want us to kill and destroy on His behalf?

T.J. Nwakaeze’s book, Overcoming the Challenges of Extremist Ideology in Our Society, disagrees. Written in English and translated into Arabic in the second part of the book, Nwakaeze’s publication is basically a counter ideology intent on holistic reorientation.

From schools to individuals and institutions fighting this terrible scourge, the author, in eight chapters, works on the imagination of everybody in such a way that febrile minds can be redirected to see the futility of the extreme quest.

The enormity of the problem at hand is underscored by the losses arising from extremism. Between January 2016 and July 2017, the author informs that religious extremism has destroyed the lives of almost 15,000 men, women and children. This figure is derived from terrorist attacks in Somalia, Nigeria, Turkey, France, the US, Thailand, Israel, Iraq, Syria and other countries.

Instead of being an elixir and a vehicle to regain sanctity in a world that is gradually lapsing into gloom, religion is pushing humanity to the brink of extermination. Says Nwakaeze:

“There is hardly a day that one will not hear of a suicide bomber detonating bomb in the midst of a crowd, a car bomb exploding in a motor park, a truck loaded with bomb running into a building, bomb explosion in aircraft, hostage taking or mass shooting” (p12).

The book argues that teachings from religion that will evaporate love and tolerance from hearts of men and women should be resisted, for the earth belongs to men, not to spirits. Thus, men should guide against teachings from any spirit that tend to set men against themselves.

Given the fact that terrorists do not value their own lives, it makes everybody a prey to their dark minds, because they relish in self-destruction, too, which is why he thinks that extremism might not be solved by military might.

For Nwakaeze, men only fight helpless people like widow, orphans, the deaf and dumb, crippled, maimed, women and children, imbeciles and autists patients. Since God doesn’t fall into this category, the author sees no reason why men should be fighting on His behalf.

The book doesn’t only indict extremists; it recommends how they can advance a better religious cause than bloodletting. In the third chapter, he tells religious adherents to rather project the image of God: men should go out there and tell others what God can do for mankind.

“The fact that we worship different spirits should not make us bite and devour one another like cat and mouse. We should not allow these spirits to divide us, for, in the real sense, we are brothers and sisters, one blood, being the children of supreme God whom all men will later find out who he is,” he emphasises on page 36.

The wickedness of man is a situation whereby he loves himself, his wife, his children/ and close relations, yet he hates and hunts down others, because they don’t share the same religious beliefs and ambitions.

Nwakaeze’s Overcoming the Challenges of Extremist Ideology says, if you really worship a true God, exhibit a lifestyle that will encourage peaceful coexistence. This book is waiting to be read by you.

5 thoughts on “Religious Extremism Is Pushing Humanity To The Brink Of Extermination – T.J Nwakaeze”