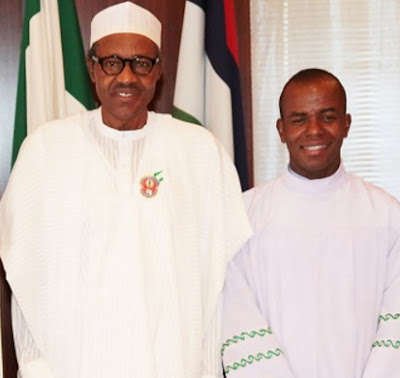 While speaking at a mid-week program yesterday, the Catholic priest broke his silence about PMB who is currently clinging to life in London.

See excerpts of his message below:

In the spirit world, Nigerian flag is burning. People/the elites already have their visas on hand, when the problem starts, it is the poor that will perish. Within a short time what is hidden will be revealed.

There is cry like rain in Aso Rock and in the north. In a vision, I asked him (IBB) a question about Buhari but he told me to forget it.

At a point I told Buhari that people were planning to kill him but nobody listen to me. Before Buhari travelled, I saw in a vision where God told me to go and pray for him but the same Aso Rock people prevented me from seeing him.