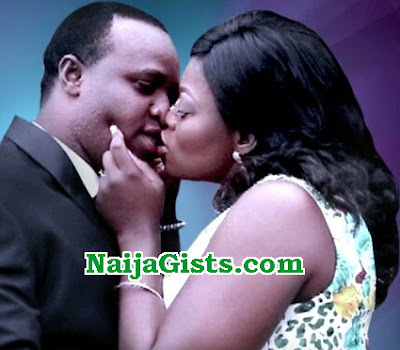 Surely, there is no permanent friend or permanent enemy. This is definitely the meaning of the action star actress Funke Akindele displayed on Femi Adebayo’s wedding day to his new wife, Omotayo Sanusi.

If you are a good fan of Nollywood, you don’t need to be told about the love story of Femi and Funke, but in case you don’t know, Funke used to be very close, not just to Femi but to the entire Adebayo’s family in the industry.

The talented and seasoned actors were romantically linked and they both denied it on different occasions. The first marriage of Femi to Khadijat which crumbled 8 years ago was said to have happened as a result of Khadijat suspecting Funke to be keeping a secret romance with the star boy.

Thereafter, they both went their ways separate and doing well in their chosen career. Though, Funke also remarried to her musician lover, JJC in London not too long, just as Femi also revisited marital vow recently where all the big players in the Yoruba and English speaking movie industry trooped out to witness.

The greatest shock to their fans was the fact that the Jenifa’s star shunned the party, and this became a general discussion among the guests.

Rather than going to the wedding ceremony, we learnt that the Ikorodu-born Nollywood actress was spotted at a comedy show which held at the Muson Centre in Lagos the same day.