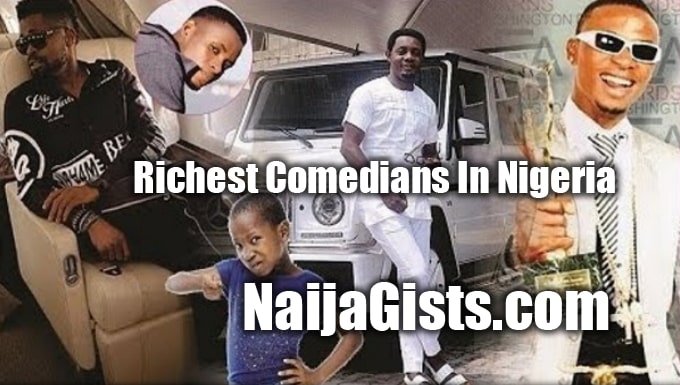 The Nigerian entertainment industry has a variety of talented acts. This sector has proven to be enriching to quite a number of individuals. Below is a list of best musicians and comedians in Nigeria who stand out based on popularity and their net worth.

Top 10 Richest Musicians In Nigeria And Their Net Worth

Ayodeji Ibrahim Balogun known for his stage name Wiz Kid/Starboy is presently believed to be the richest Nigerian musician. He is reportedly worth $20 million.

Wiz Kid was born on the 16th of July 1990.  He is a song writer, performer and singer, who became quite famous with his first album titled Superstar. Since then, he has been able to win the love of a lot of people, with his musical performances. Wiz Kid has bagged a number of awards and endorsements.

He has also since, worked with various artistes local as well as international. His music is well listened to in several countries beyond the shores of Nigeria and Africa. Wiz Kid is yet to be married, but is a proud father of three boys.

Born David Adedeji Adeleke on the 21st of November 1992 and known by his stage name Davido. He is a producer, a songwriter and a singer, who became popular in 2011.

He has received a number of notable awards one of which is the MOBO awards for Best African Act in 2017. Davido is a father to two beautiful daughters Imade and Hailey Adeleke, from two different women.

This musician is believed to be the second richest in Nigeria and is worth about $19million.

This record producer, song writer and singer hails from Delta state, Nigeria. Born Michael Collins Ajereh and widely known for his stage name Don Jazzy. This talented act was the founder of the former Mo’ Hits records and the now Marvin records.

His interest and love for music blossomed from an early age. Don Jazzy was raised in Lagos, attended the Federal Government College Lagos and subsequently moved on to attend Ambrose Ali University in Edo State.

His net worth is believed to be around $18 million. Don Jazzy is unmarried and has no known children.

D’banj is a very talented artiste well acknowledged within and out of Nigeria. He is also often called the kokomaster. He put away a potential career in with the military in favor of his career in music.

He was born on the 9th of June 1980 and his real name is Oladapo Daniel Oyebanjo. D’banj is a TV personality, rapper, singer and song writer.

He was formerly teamed up with musician Don Jazzy and the Mo’ Hits crew, but later went solo due to reasons not clearly known.  He has won multiple awards locally and internationally and is worth about $17 million.

TuFace was born September 18th 1975 in Plateau state, Jos precisely, but is a native of Benue State. His birth name is Innocent Idibia, but is commonly called Tu face or 2Baba.

He is a well respected and talented musician. Formerly a member of the then music group Plantashun boyz, this star has been able to carve out a remarkable name for himself in the Nigerian music industry.

He is married to actress Annie Macaulay and has two children with her and five others from two other women. Tu Face is reportedly worth $16 million.

Olamide is a singer and a rapper who is known to present his songs in a mixture of his native language and Pidgin English. Olamide Adedeji was born in 1989 on the 15th of March.

He came into the lime light in 2011 and has steadily climbed higher with every album release. He is the founder of the record label YBNL nation. Olamide’s net worth is believed to run into about $13 million.

He is a native of Anambra State and ventured into music in 2003. Phyno is a rapper, producer and song writer. He is known for songs like fada fada, Connect, Ghost mode, Alobam. He has been nominated for various awards and has claimed a number of them as well. Phyno is said to be worth about $11 million.

Timaya is a Nigerian musician who started his career in music in the year 2005. He was born on August 15th 1980 and comes from Bayelsa State. He had his primary and secondary education in Port-Harcourt, Rivers state.

Timaya is famous for some great albums a few of which have fetched him awards. He is worth around $10.5 million.

The duo never fails to bring on incredible performances. They are identical twins, born on 18th November 1981. These two have had a passion for music from quite a young age.

Their joint music career is said to have come to an end with both of them going solo. They released over five hit albums before going their separate ways. Their net worth is supposedly about $10 million.

Flavor N’abania is a talent musician, dancer and song writer. He was born November 23rd 1983. His love for the drums saw him playing for various bands in his earlier days of music.

Flavor’s gradual climb in music eventually saw him releasing his first album in 2005. His second album however brought him into limelight. Flavor is worth an estimated $9.5 million.

Ten Richest Comedians In Nigeria And Their Net Worth

Comedy in Nigeria in the last decade or so has become a generous means of income for a talented few. This is compiled list of some comedians who have been able to truly harness the riches of the Nigerian comedy industry.

Atunyota Alleluya stage name Ali Baba is a Nigerian comedian very well respected in the Nigerian comedy industry. He can be considered as one of the pioneers and pace setters who properly monetizing this talent of comedy. He performs at quite a number of comedy shows and is commonly invited to occasions graced by several Nigerian dignitaries.

Not only is he a comedian, he also owns several businesses. His name commands a lot of crowd in Nigeria. Ali Baba is well sought after for occasions, as his jokes are not just designed to make you laugh, but have the input of intelligence as well. Ali Baba is estimated to be valued at about N 3 billion.

Next on the list is comedian Ayodeji Makun/A.Y. This comedian has done quite well for himself. He doesn’t only do comedy; he is also a talented actor, producer and is the brand ambassador for many esteemed businesses. His movies, as well as his comedy show known as A.Y live, are comedy favorites of several Nigerians. A.Y is worth around N 2.5 billion.

Basket mouth birth name Bright Okpocha, is yet another popular comedian. He attends and organizes comedy shows within and out of the country.

Baskets mouth’s income comes not just from comedy, but from acting and a number of endorsements which have proven to be quite enriching. His is believed to be worth about N 2 billion.

Francis Agoda is his birth name. I go die is a comedian and United Nations ambassador. He is also into construction and real estate business. His charges for comedy shows run into millions. I go die is said to be valued at about N 1.8 billion.

Julius Agwu is yet another respected Nigerian comedian who has been in the industry practically from the beginning. He has helped develop up-coming Nigerian comedy acts. He is an actor as well as a writer and has a number of assets in strategic locations of the country. He is worth N 1.5 billion.

Worth about N 800 million, Okey Bakassi is a comedian, presenter and an actor. He dabbles in politics and occupies a political position in Imo State. The comedian is known to host and organize shows for several political figures.

Bovi is one of those comedians who is speedily making his way to the very top of the comedy chat. His shows and concerts commands great crowd, as they are sure to get value for their money. His birth name is Abovi Ugboma and he is worth an estimated N 600 million.

A popular comedian and show organizer for reputable political figures; Gbenga runs a show known as laffmattaz which fetches him an impressive income. His net worth is about N 500 million.

Gordon is a well known comedian and comedy host. He is reportedly worth an estimated N400 million.

Akpororo is a beloved Nigerian comedian, who has quickly built a name and fan base for himself. His epic comic delivery at the laff and jam show brought his talent into the limelight. He has since organized and participated in various other comedy shows and bagged a number of awards. Akpororo performs at reputable ceremonies and religious gatherings as well. He is valued at about N 350 million.

Be it in music or comedy, Nigerian entertainers bring a lot of good stuff to the table.