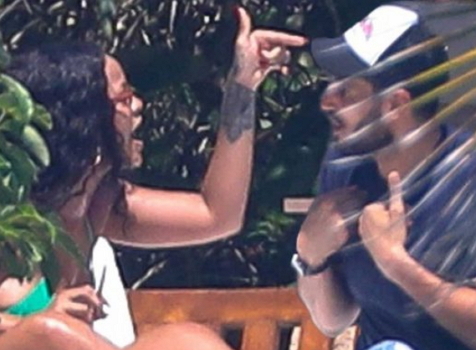 After getting the meme treatment, Rihanna has finally taken the time to give us what we all wanted. An explanation as to what she was fighting about with her ex-boyfriend while in Mexico. RiRi and Hassan Jameel hadn’t been spotted together in a while after they were reported to have broken up since, well, Rihanna got “tired” of him. When photos of the two on vacation surfaced, people were surprised to see that paparazzi captured what looked like a heated argument between the two. As they went viral, Rih stayed quiet but now, she’s finally revealed what she and Hassan were discussing.

As it turns out, Rihanna is just as passionate a soccer fan as most people during the World Cup. With the event only rolling around every few years, Rihanna got herself hyped to watch her favorite countries compete in a battle to see who can reign supreme on the pitch. Perhaps Hassan had a different pick to win it all because Rihanna’s explanation seems to say that the two were fighting about the soccer tournament in Russia. “When u think u know more bout soccer,” wrote the pop star alongside a hashtag of the World Cup and a photo of two lions that look to be having an intense argument of their own. 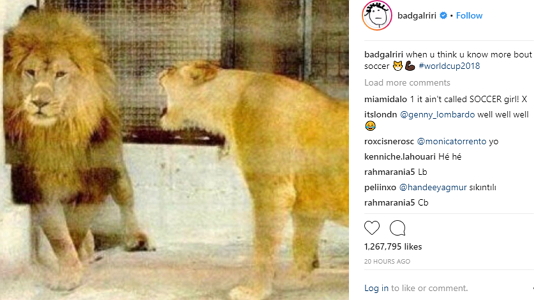 We knew RiRi loved basketball but who knew she was also down with the European sport of choice. Whether or not her and Hassan have gotten back together is a whirlwind but at least we know what they were fighting about.

Continue Reading
You may also like...
Related Topics:boyfriend, fight, rihanna