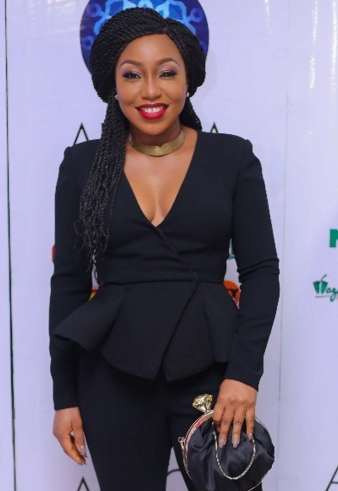 Rita Dominic is the delectable actor who enjoyed the bliss of being paired to act alongside Jim Iyke in those days when they made movie buffs cringe at their chemistry.

And when the news portals began to spread a tale of romance involving them, there was nothing other to believe would ensue between two of the best actors whose ‘collabo’ had become a scene to covet. Whether they dated or not, they were inseparable at a time.

The beautiful actress whose age one isn’t certain about celebrated 40th birthday about three years ago and strangely, last year, she declared the same age for celebration. Anyway, in her 40s, she’s single, but currently alleged to be in a sizzling romance with another great actor, Femi Jacobs.

On turning 40 and about her relationship status last year, she said, “I feel grateful, thankful and excited as well. Not many have the opportunity to get to this number and for the most part, I have had a good life. Yes, I am dating someone and I am in a happy place. I’m good.” She admitted that her man is not in the entertainment industry, she said; “Sorry love. He’s not.”