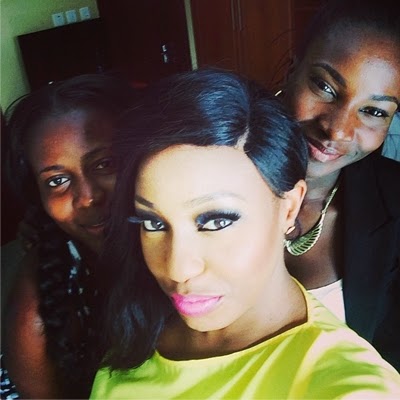 After the movie project completion, Rita Dominic shared a beautiful self of herself, her Personal Assistant, Kate Okpo and her long time makeup artist, Oluchi Onuigbo whom she thanked for making things easy for her on the movie set.