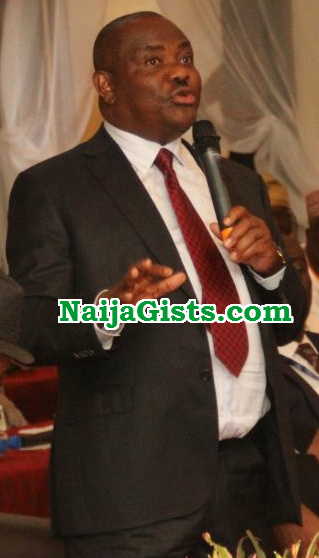 In a 110-page ruling delivered this afternoon by Justice Dongban Mensem, the court ruled that the election of Nyesom Wike didn’t conform with the Electoral Act.

APC candidate Dakuku Peterside dragged Wike to court over the April 11 election that was marred by malpractices.