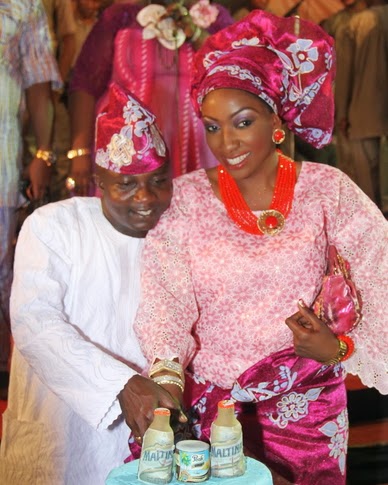 The marital union between Nollywood funny man, Olaniyi Afonja popularly called Sanyeri and his wife, Omolara is about to hit a dead end.

The actor was said to have impregnated one of his interns, Omotoyosi Jaiyesimi last year.

Sanyeri’s long kept secret came into the spotlight after Toyosi delivered a beautiful baby girl with striking resemblance to that of the comic Nollywood actor. 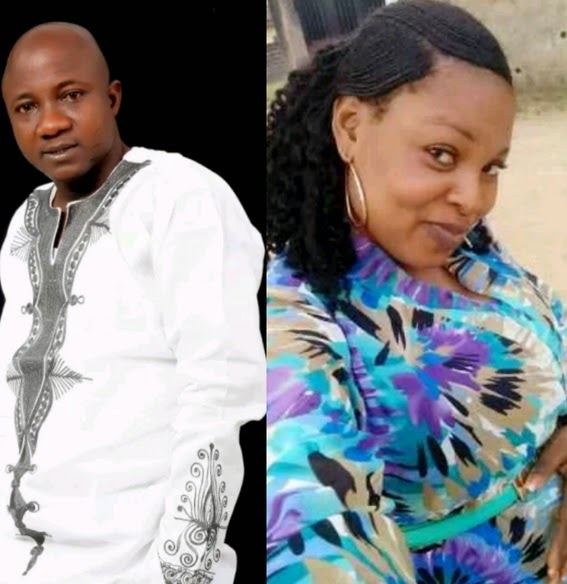 Aware of what is about hit him, the actor granted quick interviews to several media outlets in Nigeria to distance himself from the story.

In a recent interview, his beautiful wife who previously called her hubby a fornicator confirmed that he has a girlfriend but denied the love child story going viral in the news.

Omolara said she is fully aware that Sanyeri messes around with women anytime he leaves the house for movie locations.

Hear what she said in the interview:

“I knew that he fornicates. I can’t be hundred percent sure that he doesn’t have any girlfriend, he has but I have not caught them red-handed. I can’t really describe her but I know that he does. If he plans not to have any girlfriend, the babes will not make that happen because they carry themselves to them and that is the world of entertainment industry for you. So, it’s a kind of unavoidable.

But let’s us wait to see what happens any day I caught him red-handed with any woman. So many people have called me to gossip about his movement but I always ignore it and whenever i ask Mr. Niyi about it, he always deny it and I believe him. I don’t need to be monitoring my man’s movement because his legs are very long and how long would I do that, so it is normal for men to cheat because that is their nature”.

Toyosi is yet to deny Sanyeri as the father of her baby.