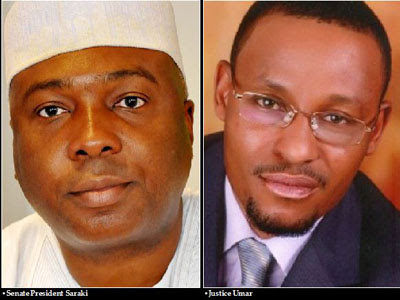 In what could simply be described as corruption fighting back, Nigerian senators have decided to wage a war against the chairman of the Code of Conduct Tribunal, Danladi Umar.

The move by the senators is the second in as many weeks after its attempt to amend the Code of Conduct Bureau Act met staunch opposition from Nigerians.

In a bid to perhaps, cut the wings of Umar who is trying Nigeria’s senate president, Bukola Saraki for false asset declaration, the Senate Ethics, Privileges and Public Petitions Committee has summoned the CCT Chairman to respond to a three-year old allegation of corruption against him.

The invitation came on a day the tribunal chairman Umar announced that Saraki’s trial will run daily.
Fearing that the Saraki saga might spill to other senators, the lawmakers in the Red Chamber quickly countered any of such moves.

In a letter signed by the Clerk of the Committee, Freedom Odolo, the Senate asked Umar to appear unfailingly by 2:00 pm on Thursday, 21 April. 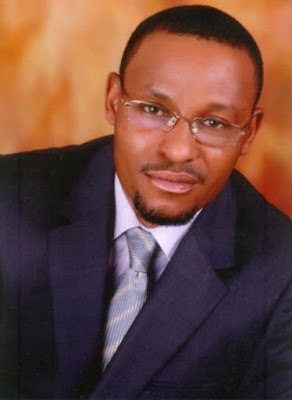 But Umar has replied the committee that he has a court sitting on Thursday and throughout the week. He said he would not be available until after the court sittings, which is on Saraki’s trial.

The invitation letter was delivered to the CCT chairman shortly after he ruled that the tribunal will be sitting daily from 9:00 am to 6:00 pm.

Your letter with reference number CCT/HQ/ 126/S/ 111/ 515 dated 1st April, 2016 in which you requested for more time to enable you attend the hearing was received.
“After due consideration of your request, the Committee rescheduled the hearing to give you at least two weeks from the 4th of April when you should have appeared.

“Please, remember to come personally along with 12 copies of any written submission you may wish to present.”

The senate investigation was on an old petition against Umar, which was investigated by the EFCC, with no charge filed against him at the end of the probe. The House of Representatives Committee on ethics tried last November to investigate the petition but got no where.

Just like the hurried move to amend the CCB/CCT act, this latest move is also interpreted as a brazen attempt to intimidate the chairman of a tribunal trying the senate president, Bukola Saraki.