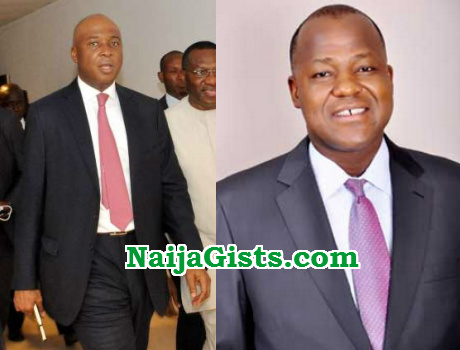 Official statement by the Ondo State chapter of the All Progressives Congress party on the ongoing NASS crisis.

“Nigerians should hold Saraki and Dogara responsible for the crisis rocking the National Assembly. “Saraki and Dogara are working against the Party [APC] that sponsored them” by initiating an unholy-alliance with the Peoples Democratic Party (PDP) to truncate the ‘Change Mantra’ of the people to fight corruption.”

“Therefore, the people must condemn this act in the public justice, before they truncate the ‘Change Agenda’; Saraki and Dogara actions and inactions show the duo has a hidden loyalty to the PDP.”

“Bukola Saraki and Yakubu Dogara afterward, refused to carry out Party’s directives; but instead connived with Peoples Democratic Party (PDP) members to execute personal ambition and to display personal aggrandizement.”

“They are expected to carry out party’s directives and also provide a level playing field for all members, while the party leaders are supposed to be the main proponent of who occupies the party’s positions,”

“We want to renew our call for the National Leadership of our great Party to sanction the APC Senators and Reps members who had shown total disregard for the wishes of the majority members of the APC and the party hierarchy.”

“Never before in Nigerian political history, has any member of a political party shown so much disdain and disrespect to his party as the Saraki and Dogara-led rebels have shown to the APC”,