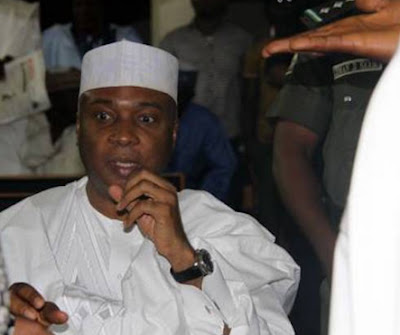 Since Abubakar Bukola Saraki happened upon us as the Senate President and chairman of the National Assembly we have watched the opening of the floodgates of political and legal drama. The emergence of Saraki as Senate president and his trial at the Code of Conduct Tribunal has dominated the public discourse.

A lot of people have categorized his trial into persecution and prosecution. While others believe he is being persecuted because he emerged Senate president against the wish of his party, the APC, others believe that he has a case to answer and he should go answer same. Saraki himself is the cheerleader of the persecution band. So the question has always been: is he being persecuted or prosecuted? The categorization of this Saraki issue into persecution or prosecution is, to me, grossly misleading and robs the debate of flesh and blood, leaving the debaters rigmaroling without ever getting a bite at the meat of the real issue. So the point is not to find out whether Saraki is being persecuted or prosecuted; the point is to find out the morality of the persecution or prosecution, whatever side you choose to support.

So if you say Saraki is being persecuted by his party because he emerged Senate President against the wish of his party, what is the morality behind such a persecution? We run a political party based democracy. And in such a democracy a political party is not an institution you can just shove aside after using the platform to get elected to political office. The political party remains relevant and influential in the political life and affairs of those elected on such a platform.

Personally I believe there should be a limit to how far a political party should go in controlling the traffic of a politician’s whims and caprices. An individual politician is not a robot that should be remote controlled by a political party. This my strongly held view is energized especially in issues concerning the National Assembly internal affairs, where I love to see some sort of independence of the legislators in conducting their affairs.

The APC didn’t want Saraki to be Senate President. Personally, I wanted the Senate to be left alone to elect their President without overt control and manipulation from the party machineries. Unfortunately I didn’t get both of my expectations. The APC showed overt interest in the election in the Senate presidency and even went ahead to conduct an unprecedented primary election. I didn’t like this. But I also didn’t like what followed; how Saraki emerged President.

If the wishes of the APC were to be overthrown by the wishes of the Senate, I expected it in a free and fair manner with every Senator participating. But no, what we had was a blatant rape of the rules, an abortion of the process and an unleashing of shenanigans that disenfranchised many of the APC Senators. The grandmother of this sham was the emergence of a Senator from the opposition party as Deputy Senate President.

Ike Ekweremadu’s emergence as the Deputy Senate President would have been one of the most beautiful things in our democracy if every senator participated in the process; but the way Senator Ekweremadu emerged Deputy Senate President, say what you like, it’s a shameless sham; a disgrace to APC orchestrated by Senator Bukola Saraki. What happened in the House of Representatives is more like what we should celebrate not the coup de tat that happened in the Senate.

Now the question is, is Saraki being persecuted by the APC? I say YES. But it shouldn’t end there. What is the morality behind such a persecution? Should the APC celebrate a man like Saraki who is clearly not a party loyalist? Should they pop champagne because he emerged Senate President against the Party’s wish and in the process causing the Party such huge embarrassment? You don’t have to be Ben Murray Bruce to know that persecuting Saraki is commonsense.

Saraki is being persecuted and he is being prosecuted. As far as the facts of this case is concerned, both are the same thing and the man surely deserves both. Let’s stop the hair splitting. Prosecution is just the legal jargon for persecution. There are synonyms. If all persecutions lead to prosecutions then our society will become a better place.

You cannot take someone to court and he begins to cry persecution. Yes, I want to persecute you. But since I don’t want to be a barbarian I decided to prosecute you; so tell me, what is wrong with that? All prosecution must begin with persecution. Infact the courts exist to shed light on the two, assuming there is a difference. If the facts show that your prosecution is just naked persecution, you will be set free. That’s what the courts are designed to do.

Noting stops a man from going through the fire of prosecution to prove his innocence even if he is being persecuted. Saraki has been accused of grave corruption, let him go answer to these charges. I know he is being persecuted but that does not mitigate the gravity of the facts before the Code of Conduct Tribunal.

He deserves his persecution. He who comes to equity must come with clean hands. He should even be happy that his persecutors and can’t touch him with going through the process of prosecution. He should stop manipulating the prosecution process. All those moves he is making is helping to convince us that he is guilty. No man should be afraid of the process if he is sure he will come out clean at the end of it.

A man cannot be charged with false asset declaration and plundering the commonwealth and we are talking of persecution and prosecution. If it is naked persecution as he claims only the courts will prove that. Senator Saraki, face the court.

See what the Senate has become under him: it is now more shenanigans and less legislating. They can’t even handle a simple appropriation bill. He has lost the moral right to remain Senate President. That he has not resigned is a testament to his desperate hunger for power and a pointer to the rottenness that plagues our politics.