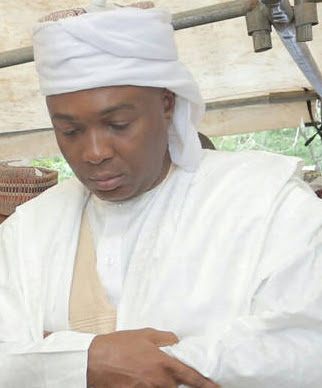 The embattled Senate President is facing a 16-count charge of false asset declaration.

Since the charges were leveled against him, Mr. Saraki has stalled the trial for months on end. But on October 5, the CCT dismissed the Senate President’s latest attempt to suspend the hearing and adjourned the matter till November 7 and 8. He then attempted to have all charges dropped against him, but the Court of Appeal dismissed his motion on October 27.

In a last ditch effort to evade prosecution, Mr. Saraki met with high-level appointees in President Muhammadu Buhari’s administration, agreeing to oppose the confirmation of Ibrahim Magu as chairperson of the Economic and Financial Crimes Commission (EFCC) in exchange for dropping charges against Mr. Saraki.

SaharaReporters revealed that Presidential Chief of Staff Abba Kyari, Department of State Services Director-General Lawal Daura, and Attorney-General of the Federation Abubakar Malami were among those involved in the plot to block Mr. Magu’s confirmation.

These officials oppose Mr. Magu for his strong anti-corruption stance and his refusal to be bribed.

SaharaReporters sources revealed that Mr. Saraki in the last few days is capitalizing on President Muhammadu Buhari’s quest to get the Nigerian National Assembly to approve his quest to borrow $30billion from international financial institutions as a negotiating tool to insist that the President force the CCT to dismiss the charges against him.