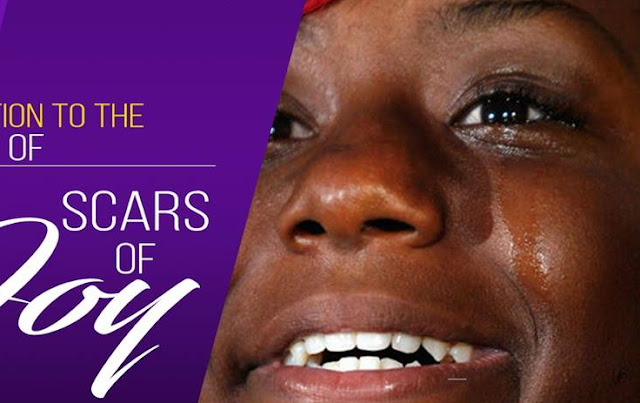 A new Nigerian gospel movie has reached the cinema.

The latest is the movie titled Scars of Joy, a gospel movie geared towards evangelizing souls for Christ. Shot on locations in Nigeria and United Kingdom, the movie, which is from the stable of Faith-Lift Productions, was directed by Seun Jonathan and produced by Johnson Funsho Odesola, a Pastor in The Redeemed Christian Church of God (RCCG).

Scars of Joy is a story of dedication, perseverance, betrayal and sore denial between a father and his only son. It revolves around Fikayomi, a UK based Engineer who abandoned his father in Nigeria because he lost one of his eyes in a domestic accident with his wife (Fikayomi’s mother), he hid his father’s identity from his wife and friends abroad. Unknown to Fikayomi played by the Director, Seun Jonathan, his Father (Israel Ore-Adewole of Mount Zion Film) lost one of his eyes while trying to protect his only son from being killed by his insane mother.

Fate brings them together again when Fikayomi’s office colleagues arranged for the father’s journey to UK from Nigeria to come and testify against his son before the panel set up to interview Fikayomi for his promotion. During the interview, the father praised Fikayomi as a child of destiny who must be promoted in order to uplift the firm, and in the process, he also revealed how he lost his eye trying to save the life of his only son.

Fikayomi learns about his father’s misfortune and love for him for the first time and asked for his forgiveness, they were both reunited and he arranged for plastic surgery for his father who he has accepted to stay with him in UK. Speaking on the idea of taking a Christian movie to the cinema, Pastor Johnson Funsho Odeshola said it is for the message to get across where preaching cannot get to.

“The whole idea of taking the movie to the cinema is that every public and non-public house is for the people, and originally there are people who would not come to church but you see them in cinemas. The essence is for people to readjust and be more careful, watchful in life especially when it is a drama that is trigger by God.”

Pastor Odesola who wrote and produced the movie reveals that Scars of Joy will have tremendous impact on the society. “The movie is to make the society better and to help people to live right not to make irrespirable mistake,” he said. “The lesson in the movie is don’t despise anyone and secondly, be careful because those who you think are with you are not exactly with you; people laugh and celebrate with you, even rejoicing about good things they may not be the people you think they are.” The movie director, Seun Jonathan, who played the role of Fikaye, hinted that Scars of Joy is a different kind of movie.

“The movie is from the heart of the man whose vision is unquantifiable. He had the vision of a gospel movie which tells a story that would touch lives of people especially the youth; the movie is reaching out to the present generation,” he said. Jonathan added that Scars of Joy will impact live.

“It will unite families; it will unite people who have enemies at work place. It is multi-dimensional movie that is why it is unique. Apart from the motivational aspect in the movie, anybody that has plan to do something for God should go ahead and do it,” he said, adding that “whatever God has destined no matter the circumstances no enemy can stop it.”