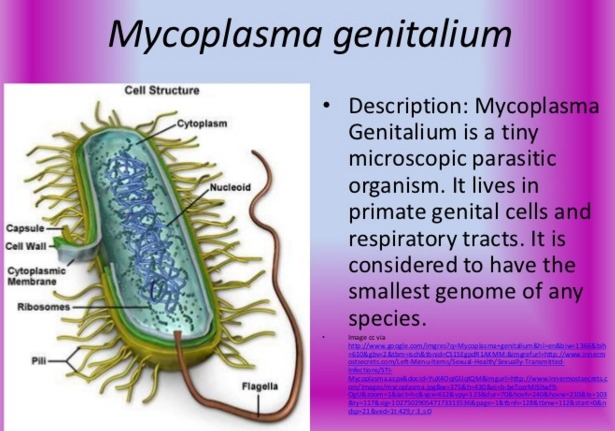 The confirmation of the bacterial disease, which causes painful urination among other things, as an STD comes more than two decades after it was first discovered.

A team of fourteen researchers arrived at the conclusion after conducting a national survey of the sexual lifestyles and attitudes of British men and women.

The researchers said the study, which involved the testing urine from 4,507 sexually experienced participants aged 16 to 44 years for MG, “strengthens evidence that MG is an STI”.

They added, “MG was identified in over one per cent of the population, including in men with high-risk behaviours in older age groups that are often not included in STI prevention measures.”

The study found that men of black ethnicity were more likely to test positive for MG and showed that the prevalence of the disease was 1.2 per cent in men and 1.3 per cent in women.

It also found that for both men and women, the disease was strongly associated with reporting risk behaviours such as increasing the number of total and new partners and unsafe sex in the past year.

Although it recorded no positive MG tests in men aged 16 to19, prevalence peaked at 2.1 per cent in men aged 25–34 years, while prevalence in was highest in 16 to 19-year-olds at 2.4 per cent and decrease with age.

According to the article, the disease has been linked to both inflammation in the cervix (cervicitis) and pelvic inflammatory disease, which is a serious condition often caused by other STDs like chlamydia and gonorrhea.

Dardik was also quoted as saying that around 10 per cent of women who develop PID (which causes abdominal pain, fever, painful cervix, and pain or bleeding during sex), could blame MG as the underlying cause.

She, however, said people could get tested for MD and that it was treatable with the antibiotic azithromycin, adding that the use of condoms was an effective way of preventing it.

Dr. Jorgen Jensen of the Mycoplasma Laboratory, Statens Serum Institut in Denmark, however, said although the single-dose azithromycin treatment was best for MG, it was not good enough.

He explained in an article published in an issue of Clinical Infectious Diseases that although initial in vitro studies suggested that antibiotics of the tetracycline class were active, clinical experience soon demonstrated their inefficiency in producing both microbiologic and clinical cure.

He added that two recently published observational studies of 120 Australian and 183 Norwegian MG-positive patients found that only 84 per cent and 79 per cent, respectively, were cured by a single 1-g dose of azithromycin.

Jensen said, “(A study the study by) Mena et al provides a clear-cut answer to the question of whether multidose doxycycline or single-dose azithromycin is most efficient for the treatment of M. genitalium—positive urethritis; undoubtedly, azithromycin is best. However, it is not good enough, and additional studies of new approaches are definitely needed.”