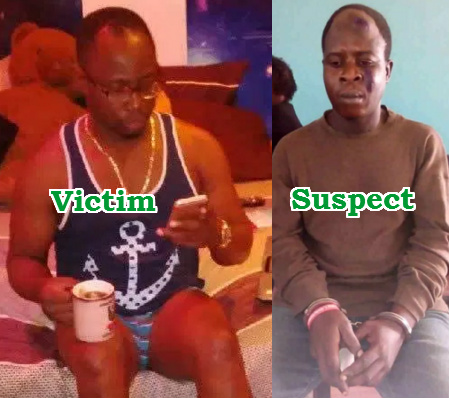 A Lagos based web developer whose dream is to travel to America has died 5 days to fulfilling his dream.

Babatunde Omoyeni who planned to travel to America tomorrow Thursday the 10th of December 2015 was murdered after returning from a night club on Saturday.

According to police investigation, the 38-year-old decided to go partying for the last time with his friends on Saturday but while returning, he got into a fight with a bus conductor over N50 bus fare.

The suspect, Samson Eletu later trailed Babatunde to his house and stabbed him to death with a broken bottle .

His corpse had been deposited at the Isolo General Hospital mortuary as family members mourn him.