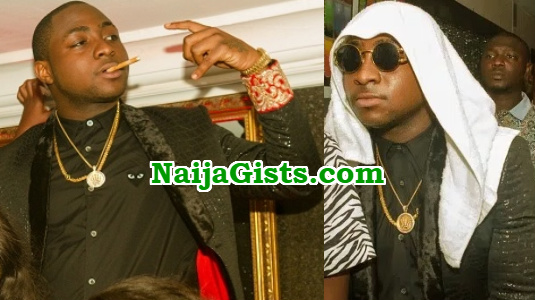 Oct 10, 2017 – Insider Vows To Expose Secret Behind The Death Of Davido’s 3 Crew Members As Mixed Reaction Trails The Unfortunate Incidents

Due to the multiple deaths involving friends of popular singer, David Adeleke, aka Davido, within a week, some fans have become worried, wondering if something grim is coming for the rave singer.

thompson_emmy wrote, “Kai R. I. P DJ Olu but @davidoofficial why are they now have a hand in his death even Dammykrane is also accusing you”.

Another user, rotunda_ushers, wrote; “Davido stay strong, guess you going through so much right now, with Tagbo’s passing (RIP) and stuff being said, and then this…(RIP Olu). God who saw you through all the storms of life is still will with you and in control.

Also expressing his concerns was Martins19901 who stated; “Davido is not responsible for the death of his friends. I don’t know why some people are so stupid to accuse him.

For layo_50Pele, Davido should ‘watch your back as “something is not right somewhere, I can’t afford losing you my main man.

Iamkinney2tanya, too opined; “I feel for you @davidoofficial may God Almighty give you the strength to cope with this painful lost, stay safe and please stay in doors for now.

However, a user who goes by the name Kellydgreat_ is claiming to know the truth surrounding the situation. He wrote to Davido saying;

“Drama King Davido, you are responsible for the death of three of your friends Tagbo, Chime, DJ Olu, who died the same way within the period of 3 days.

“We really need serious investigation. Something is fishy about the mysterious death of 3 of your friends in less than a week. The rich always get away with murder cases in Nigeria, but this time your money can’t safe you. I am an insider who knows the whole story. The world will know the truth”.

Davido however replied him with a simple message; “@Kellydgreat_ God bless you”.