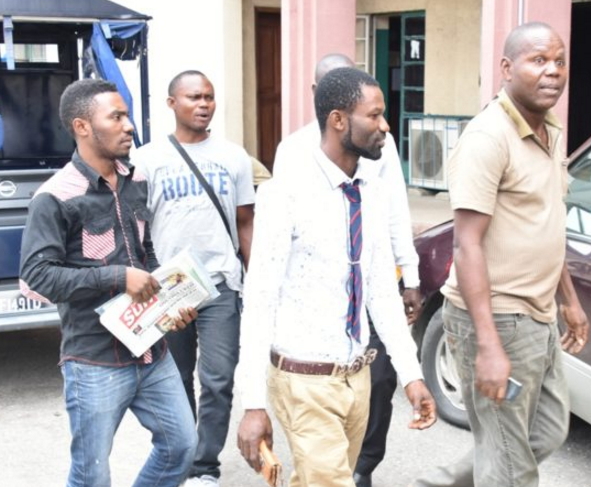 August 4, 2017 – Lagos Police Arrest Vintage Hotel Owner For Allowing Gay Club In His Hotel After Arrest Of 40 Gays Caught In The Act

Police today arraigned the owner of Vintage Hotel in Owode Onirin Lagos where Police arrested about 40 homosexuals caught in the act. 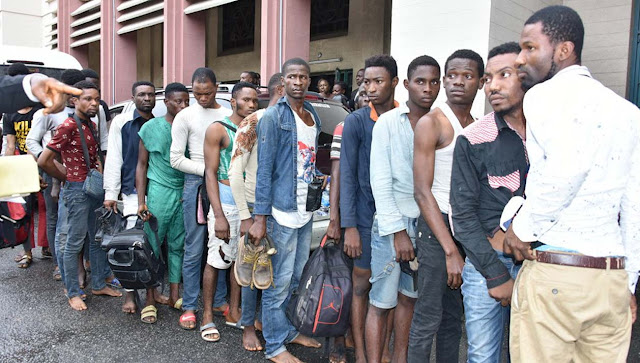 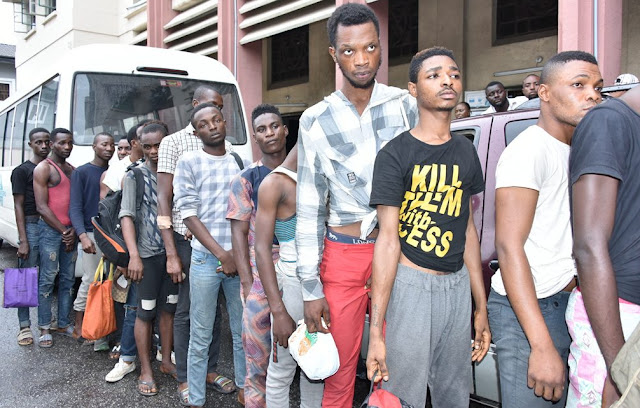 The owner of the aforementioned hotel, Chief Patrick Okeze was today arraigned alongside his two staff, 28-year-old Bright Oba and 30-year-old Sunday Isang for encouraging the homosexual act to be carried out in his hotel contrary to Same Sex Marriage Prohibition Act of 2014.

Before his arraignment, Chief Okeze threatened to beat up any journalist who dare to bring camera to his side. Despite his empty threats some journalists managed to capture his face. 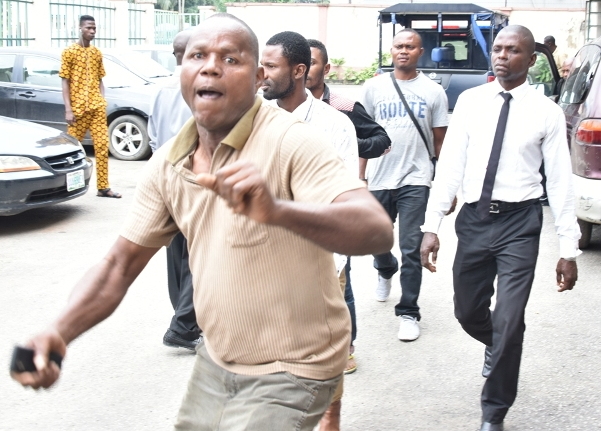 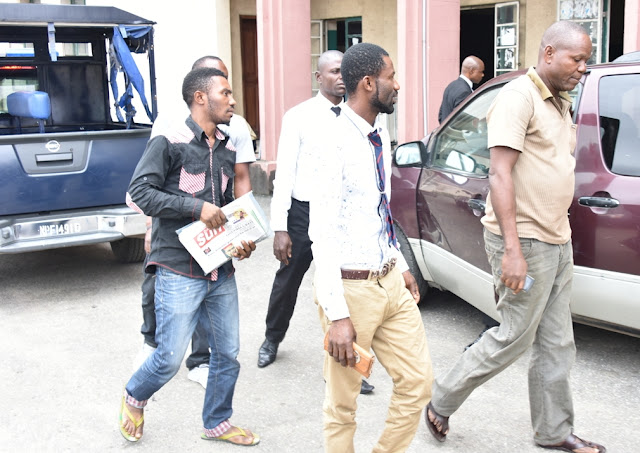 The hotel located at 999 Ikorodu Road/Royin Close in Owode Onirin has been locked up.