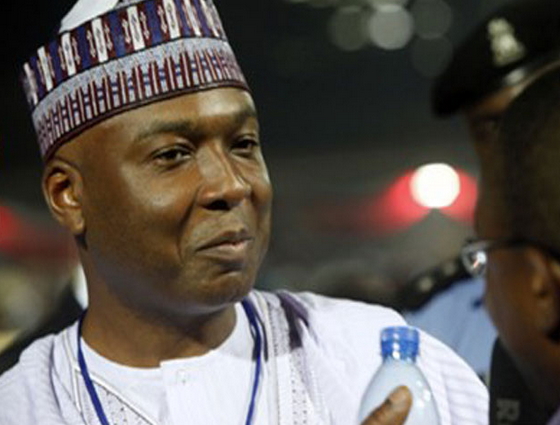 “I belong to everybody and I belong to nobody” this single statement is a clear demonstration of fatherhood and uncommon patriotic zealousness to nation-building in a country where ethnic-propaganda, regional-inclination religious and political affiliation have eaten deep into the fabric of our collective existence.

PMB is a father of all who is indeed passionate for each and every one of us without iota of sentimental- value or bias in whatever standard. However, such attributes of a man can only emanate from his discipline background and un corrupted tendency (mai gaiskiya). A sincere man to a fault, whose words remains his greatest bonds and assets, the envy of ungodly individuals who sees him as a pious man that must be destroyed for them to continue with their illicit acts, because to them President Muhammadu Buhari (PMB) is ever-shining star of truthfulness, and this explains why many lies were told against him to drag his hard-earn reputation to the mud and prevent his rise to stardom but Almighty Allah in his infinite mercy continue to defend him all through.

There is nothing that was not said in his name, even when such illusion only exist in the minds of those who concocted it, shortly after he came out to say he has no preferred candidates as regards Senate President seat and Speaker House of Representative respectively, than individual and groups peddling around once again that President Muhammadu Buhari gave the conditions for Senate Presidency which pointed to Senator Ahmed Ibrahim Lawan as his preferred candidate, and one of such is that the North- Central is held the position of Senate President for too long, thus, need to go to North-East this time around, secondly, that he does not want to work with somebody whose credibility is shrouded in corruption charges, third, that Senator Bukola Saraki is Yoruba by nature and no amount of geo- political demarcation may render him a true Northerner, fourth, that he

To answer the above assertions, it is of paramount importance, Nigerians are aware that our President can never stoop so low for such ungodly frivolity, he has promised to guarantee the independent of 8th National Assembly, as he has come out to say he is ready to work with anybody that emerges at the end of the day, and that how both the Red and Green Chambers conduct its affairs remains none of his business.

The true picture of it is that Senator Saraki’s contribution to the emergency of APC in North-Central and eventual triumphant of President Muhammadu Buhari can not be quantified in whatever imagination, as his enviable political pedigree speaks louder than mere propaganda.
Whatever you see happening today is purely political as politician could go any length to achieve his or her political point, but the most important thing is that whatever happens APC as a party shall remain united to give unconditional support to PMB- led government.

For instance, if you said Mr. President is tired of Senate Presidency residing in North-Central, and I would tell you is Katsina the only State in the Northern Nigeria?having in mind that the late Shehu Musa Yar’Adua is also from Katsina State in North-West, if you said Senator Saraki is a Yoruba man and not a Northerner, and I would tell you is Kwara State a South-Western State? Or is she only meant to contribute to Northern-Agenda and be relegated to the background when it comes to political benefits?

The APC mock election conducted into the 8th National Assembly is premeditated and handiwork of godfatherism which may not augur well with our democracy, as consultation and not imposition of candidates rather a robust and healthy debate in line with democratic guidelines can only help us at this point in time.

While it is essential that individuals with credibility are allow to manage the 8th National Assembly, certain consideration or harmonization is required by the APC in order not to give room for opposition to capitalize, more importantly since PDP is the final arbiter in the selection to 8th National Assembly, and until all hands are on deck the PDP Senators and House of Representative Members could form an alliance with aggrieved APC Members and scuttle whatever arrangement already put in place.

As we awaits the election of Senate President and Speaker House of Representative few hours from now, national interest should be paramount to compliment the gains of wind of Change brought about by Nigerians who queued in the scorchy sun, and heavy rain to select their leaders across-board.