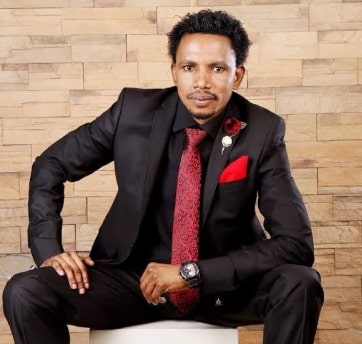 Senator Elisha Abbo: Impunity In High Places And A National Show Of Shame!

One of the things that have always fascinated me about the office of a Nigerian senator is the way they are normally addressed in public as ‘distinguished senator’ of the Federal Republic of Nigeria. I checked up the word ‘distinguished’ in the dictionary and the meanings that struck me the most are “commanding great respect” and “having a good reputation.” When a senator of the Federal Republic of Nigeria acts in a manner that is not in tandem with these definitions, then there is something that is fundamentally wrong in our process of selecting and electing people into hallowed offices.

As a strong advocate for the inclusion of youths in government, I strongly condemn the untoward behaviour of the youngest Nigerian ‘distinguished’ Senator Elisha Abbo (41), who threw caution into the winds some few weeks ago to physically abuse an armless and defenseless nursing mother. Some few days ago, someone challenged me on my unrepentant stand for the inclusion of youths in government. He wanted me to see the futility of some of our ‘noise’ about generational shift in leadership. The senator has become a form of indictment on the Not Too Young To Run law, of which I strongly campaigned for.

Abbo, who has benefited from #NotTooYoungToRun movement and voted in as the youngest senator in Nigeria, has acted irresponsibly by assaulting a helpless and defenseless nursing mother without provocation.The embattled senator, representing Adamawa North senatorial district, was caught on an exclusive CCTV footage assaulting a woman at an adult toy shop in Abuja.

The assault, which occurred on May 11, was carried out in the presence of an armed policeman, who rather than assisting the victim, arrested her. This type of character at our apex law-making organ is unacceptable. It is poignant that the people who are supposed to make good laws for us are displaying lawless life-styles publicly.

Although the senator has tendered an apology, which read: “It is with a deep sense of remorse and responsibility that I, Senator Ishaku Abbo, profoundly apologise to all Nigerians, the Senate, Peoples Democratic Party (PDP), my family, friends, as well as our mothers, the Nigerian women.

“I personally apologise to Bibra (the victim) and her family for my action towards her, which has brought immense discomfort in our body polity. I have never been known or associated with such actions in the past. Regardless of what transpired prior to my expression of anger, I am sincerely sorry and plead that all men and women of good conscience should have the heart to forgive me.

“To err is human, to forgive is divine. To the church of God everywhere in the world, I am sorry. As an ambassador of Christ, much is expected of me. My family and religious upbringing do not give approval of such conduct and for this, as a leader, I seek forgiveness before God and all those who feel offended by my action.

“Indeed, this episode has taught me very great lessons, but as a private citizen and a public officer, particularly as a senator of the Federal Republic of Nigeria, upon whom public confidence is bestowed.”I read through his apology, but still doubt the genuineness and veracity of the apology for some reasons. First, this incident happened on May 11 and since then, it never occurred to him that he needed to apologise until the CCTV coverage went viral.

I am of the opinion that the phantom apology, as some would claim, is not a response to his remorsefulness, but rather to the public outrage and condemnation over his uncultured act. Why must he wait until the deed was made public for him to offer his apology? Why must he wait until the Nigerian Police initiated its own independent investigation to offer his apology? Moreover, would the senator have accepted his offence if there were no CCTV footage evidence? I may be wrong, but he wouldn’t have accepted if there was no video record evidence. In fact, he might even want to sue people for accusing him for what he didn’t do.

Secondly, Olumuyiwa Owolabi, a journalist attached to the office of the former governor of Ekiti State, Mr. Ayodele Fayose, during the 2014 election, came out to narrate how he was beating and abused by Abbo, who was contesting the senatorial election on the platform of the All Progressives Congress (APC) at the time. The photojournalist claimed that Abbo threatened to kill him and report that he (Owolabi) was a Boko Haram member. The journalist said: “He told them to point their guns at me and that he would kill me and tell people I was a member of Boko Haram.”All these streams of allegations actually showed that the senator has a history of using security officials to intimidate innocent citizens and his penchant for intimidating innocent citizens didn’t just start with the Abuja sex-toy saga.

It is not all apologies that are acceptable; there is something about the timing of this apology that makes it unacceptable. The manner and the timing of the apology suggest that he is only doing it not to lose his position in the senate, not because he is truly sorry or remorseful.

I am a great supporter of the fact that if the senator is ultimately forgiven, he should be made to go through some punitive measures, such as a minimum of 100 legislative days suspension without pay. Furthermore, he should be placed on five years probation. The truth is that if Abbo is not sanctioned, then it would openly suggest that the senate condones his actions. The senate is a sensitive position and we need people of high moral standard to make laws for us, not a sex-toy purchaser, woman-beater senator. Apology rendered out of compulsion is no apology. We all know genuine repentance when we see it; it is more than just an afterthought apology. He knows what to do further to express genuine regrets.

The senate took the right step by setting up a bipartisan ad hoc committee, headed by a former governor of Ebonyi State, Sam Egwu, to probe the alleged assault by Abbo, following a Point of Order raised by the senator representing Kaduna Central, Uba Sani. The probe is a good step in the direction, but must be complemented with disciplinary actions.

I would want to inform Abbo that the best form of apology is a change of behaviour. Never raise your fist against a woman, even in your moments of rage or drunkenness. A man who hits a woman for whatsoever reason is a weakling.He is supposed to be a role model to Nigerian youths. He is an ambassador of youths in the hallowed chamber. For a senator to be patronising a sex-toy shop in Abuja raises moral issues that I would not want to go into, but the issue of beating and abusing a nursing mother is a far reaching issue that puts a strong doubt on the integrity and leadership capability of the senator.

I also want to reach out to the Inspector General of Police (IGP) to bring back the issue of Police security escort. The Nigerian Police must look into the issue of politicians using Police escorts to oppress the defenseless masses, as could be seen in the case of Abbo. We are calling on the IGP and other senior Police officers over this issue.

Leaders must be made accountable, no matter how highly placed they are. Let Nigerians keep up the vigilance, because even as I write, another misdemeanor is taking place somewhere in Nigeria. We must hold our leaders accountable when it comes to good conduct. We must escalate actions against ‘political terrorism’ and must never sweep leadership demeanor under the carpet.

QUOTE OF THE WEEK: “True leaders always practice the three R’s: Respect for self, Respect for others, Responsibility for all their actions”-Anonymous

Continue Reading
You may also like...
Related Topics:senator elisha abbo, show of shame

If You Want To Go Further, Get A Father!
Teach Your Daughters That There Is More To Life Than Male Attention