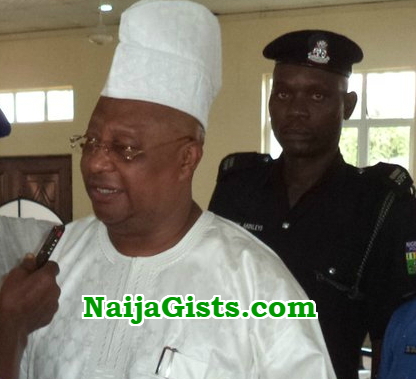 At last, the quack doctor responsible for the untimely death of Davido’s uncle, Senator Isiaka Adeleke has been nabbed by police.

After over 10 hours on the run, the doctor whose name was not made available to the media by Osun State Police spokesperson Sade Odoro was said to have been nabbed shortly after the burial of the late politician.

He is currently in detention at the Osun State’s Police Command Criminal Investigation Department .

A family source who requested not to be named said he was not allowed to contact his lawyer.

The mourning which started yesterday will end on Wednesday.