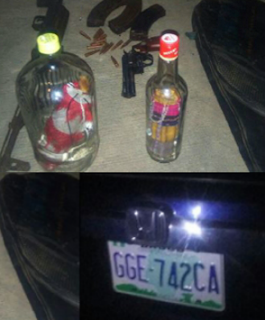 A man once declared wanted by police for a series of kidnappings in Lagos has been finally arrested.

The suspect identified as Solomon Chukwudi aka King Solomon was nabbed on Thursday at his home in Okota which was discovered to be a cell for hostages.

He was arrested alongside 3 of his accomplices.

Lagos CP Owoseni said a victim who trailed the suspect to 46 Canal view street in Okota notified the police who placed him under surveillance.