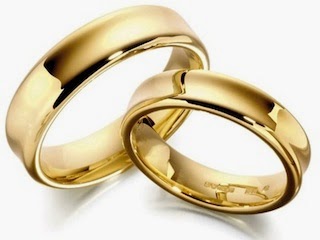 Like a scene from a Nollywood home video, a 57 year-old man simply identified as Valentine, abandoned his bride to be at the registry and took to his heels during a marriage registration ceremony over the weekend at the Oredo Local Government Council marriage registry in Benin, Edo state.
It was gathered that the embattled groom allegedly abandoned the marriage formalities when he sighted his wife of 17 years who stormed the venue to disrupt the marriage.

Sources close to the family of Mr. Valentine disclosed to journalists in Benin that the runaway groom had in the past approached marriage registry in several courts in a different locations in Delta state where he was said to secretly contracted another marriage.
He was said to have perfected plans to formalise his relationship secretly with his latest lover when on the said day, he invited few of his trusted friends to witness the occasion.
Information about the arrangement of the new marriage was said to have leaked to his first wife who had four children for him, and she subsequently mobilised other women who stormed the venue to disrupt the administration of marital vow.
The embattled wife was said to have narrated to the bewildered crowd that her husband abandoned his responsibilities to the family since he got involved with his new spouse, adding that, several attempts to save the marriage did not yield the desire results.

‎
“I had to do this because I’m convinced my husband must have been bewitched by the lady because since the rumour began making rounds he has stopped taking care of his four children. Each time he is confronted to provide money for our upkeep he often complained of not having money,” she allegedly narrated.
It was gathered that she threatened to take legal action against the council should they go ahead on a later date to wed them insisting that she remains his legal wife.