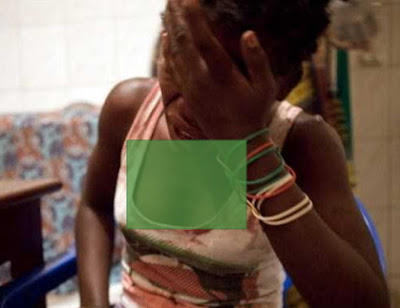 5 men have been arrested for allegedly attacking a woman returning from work in the evening at Rainbow bus stop in Amuwo Odofin area of Lagos state last week.

The suspect allegedly confronted one Ogechukwu Eze at Rainbow bus stop in Amuwo Odofin, robbed her of the N131,000 and a blackberry phone.

They later fondled her breasts and forced her to lay on the ground while they removed her pant and inserted their fingers inside her private part one after the other.

The matter has been adjourned till May 5th 2016.