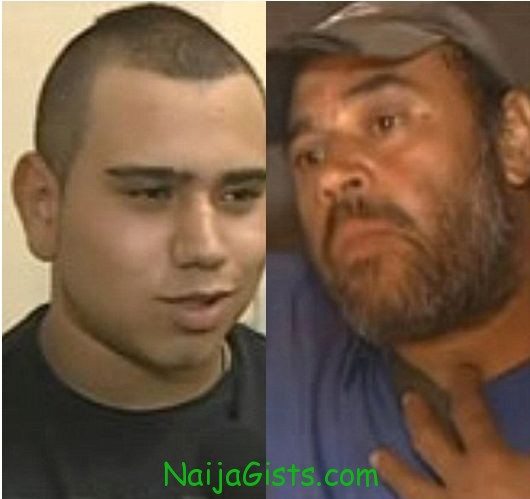 A story that ought to have been a happy ending has turned into a show of shame after a father and son reunites in Police cell as  Criminals after 17 years. naijagists.com

Fifty-four years old Orival Raimundo de Souza was detained for threatening to kill his step-son, while his 18 year-old son, who bears the same was arrested for armed robbery.

The two were linked together by a policeman who noticed that they were related, and arranged for them to meet behind the bars. The son claimed he didn’t know the man was his father;

“I had seen this guy on the street but I didn’t realize he was my father. But it doesn’t matter, he’s never done anything for me, he means nothing to me.”

Orivial Snr, who walked out on his son and mother when he was one year old, tried to explain to his son why he walked away, but to no avail.

‘It’s a very embarrassing situation to finally get to meet him again in the police station. I wanted to tell him not to follow a life of crime, but how could I?’

‘I always wanted to have my son at my side. I’ll send a car to pick him up from jail when he’s released. I’ll explain to him what happened with his mother, I’ll try to make amends.’