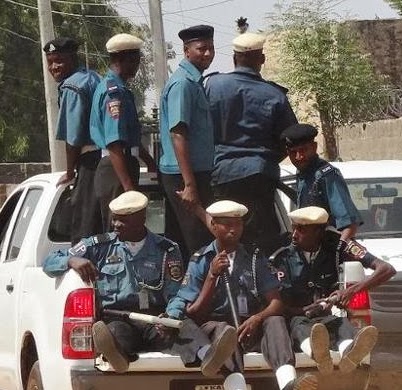 A Muslim man is very happy to suffer public beating instead of death sentence in Bauchi yesterday.

20-year-old Mubarak Ibrahim who was previously sentenced to death for practicing homosexuality has been flogged in the public and fined.

Mubarak Ibrahim received 20 lashes with a horse whip before a large crowd outside the Sharia court in the northern city of Bauchi.

“The court ordered that (he) be given 20 strokes and ordered him to pay a 5,000 naira ($30) fine,” Alhassan Zakari, an official with the Bauchi state Sharia Commission, told AFP.

“The judgment was based on the prosecution’s submission and testimony of witnesses… that the last time the convict committed a homosexual act was seven years ago and has since repented.”

The conviction came after it was confirmed earlier this week that Nigeria’s President Goodluck Jonathan had signed a bill outlawing gay marriage and same-sex unions.

The law, which carries a maximum 14-year prison term for anyone entering such unions and up to 10 years in jail for supporting gay groups and clubs, has provoked international condemnation.

Ibrahim’s case was tried, however, under Islamic law, which runs parallel to the state and federal justice system in Nigeria’s mainly Muslim north.

Sharia prescribes the death penalty for homosexuality but Zakari said the prosecution would not appeal against the sentence.

Ibrahim himself said he was grateful to the court for not imposing the maximum punishment.

“It has been a huge relief and I thank the court for the leniency it showed in sentencing me to 20 lashes instead of the death sentence I had anticipated,” he said.

“I had given up and surrendered to death while in custody waiting for judgment. I was confused and did not know what to do.”

The defendant claimed that he had been “deceived into sodomy” by a school teacher who promised to support his education financially.

“Since them I have never set eyes on him and have never engaged in homosexuality again because I have since repented,” he added.

Ibrahim was one of 12 men arrested under Sharia on suspicion of breaking the law banning homosexuality. The remaining 11 are in custody pending further hearings.

Five men appeared in court in Bauchi on January 6 after an allegation that they formed a gay club with $150,000 funding from the United States.