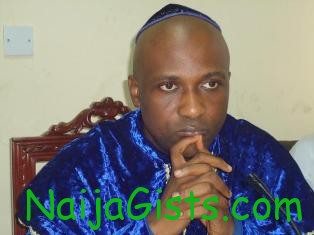 Primate Ayodele’s new annual prediction book titled “Warning To The Nations”, contained testimonies from his earlier predictions and divine messages he got for Nigeria.

His last predictions which were published in popular newspapers across the nation states:

A Message For Governor Ibikunle Amosun Of Ogun State

A Message For Governor Abiola Ajimobi Of Oyo State

Warning About Kidnapping For Money Rituals In Nigeria

A Message For President Goodluck Jonathan

“President Jonathan must not dialogue with Boko Haram or arrange an amnesty programme for the sect. If he does, he will regret it. I also foresee him changing his ministers soon. There will be panic among the political leadership between December 2012 and December 2014, and I foresee a situation where political leaders will resign from government. Only prayers can avert such a situation”.

“I foresee a situation where each states will witness the birth of a militant group, and this will cause the federal more troubles because they will have to start negotiating with these groups on state basis”.

More deadly attacks are coming from terrorists, especially Boko Haram against churches in Nigeria . There will be religious crises. Christians should be prepared for bigger attacks. The ACN and CPC planned alliance will not work. There is going to be misunderstanding among them”.

“The House of Reps speaker, Hon. Tambuwal will become a big target. He will be shaken by enemies and he needs prayers to survive it. Wale Babalakin will face a big problem and he should be watchful of those around him who will make attempts to stab him. Femi Otedola will be taken to court and he has to watch his moves”.

“Fola Adeola will have problems with his political ambition. People around him will stop him at all cost. But the Lord says if he prays very well, he will escape the plots. Senate President David Mark and the Vice President, Namadi Sambo will have problems over presidential ambition towards 2015 because a state governor will come up to contest too. Obasanjo, Ekwueme and Edwin Clark are playing their last politics. Emirs of Zauzau and Katsina will be attacked by bombers”.

“God revealed to me that both Mark and Sambo are nursing the ambition to contest for the presidency to succeed Jonathan. There will be problem between the PDP chairman, Bamanga Tukur, while President Jonathan and Tukur needs a lot of prayers for his health”.