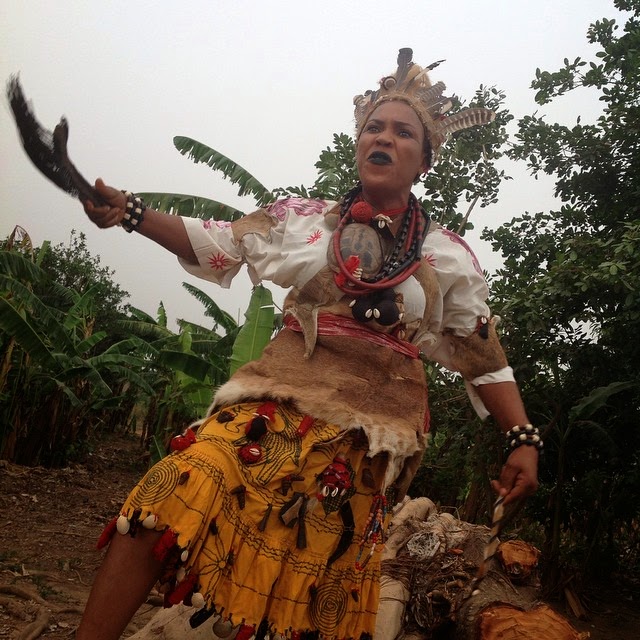 The actress played the role of a fierce warrior in the epic movie being directed by her colleague, Muyiwa Ademola.

See Fathia doing what she knows how to do best in the photos below: 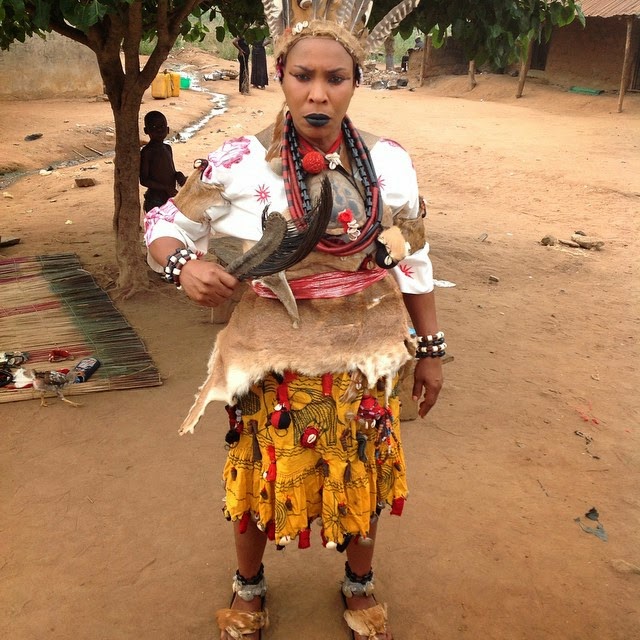 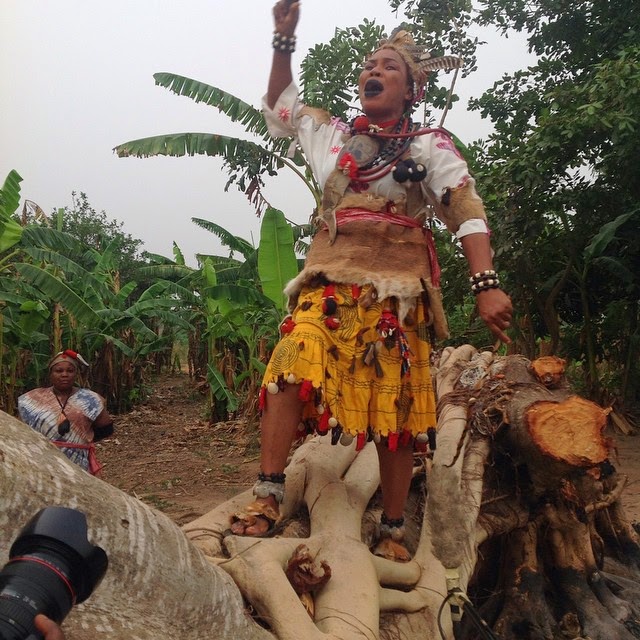 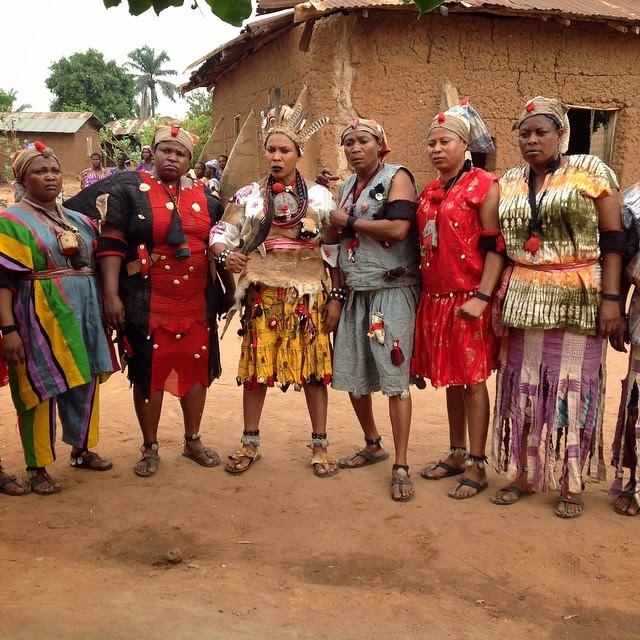