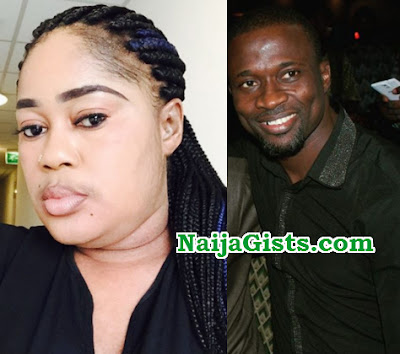 Nollywood actress Tayo Odueke aka Sindodo has reportedly called it quit with her longtime lover.

According to whispering birds, the on and off relationship between Fuji star Sule Alao Malaika and Sikiratu Sindodo has hit the rocks.

On Monday the 15th of February, the actress reportedly shunned the birthday party of Malaika.

This and many other issues has invariably made colleagues believe that something is going wrong between the two.

Alao Malaika is married with two wives. It is widely believed that the devout Muslim man can never marry Sikiratu Sindodo.