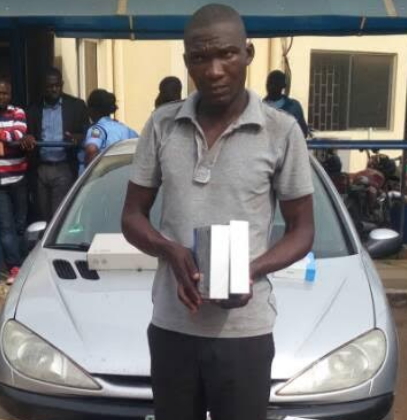 May 29, 2017 – Slot Nigeria Driver Arrested By RRS For Stealing Phones & Laptops Worth N5.95Million From Computer Village & Diverting It To Kaduna

A driver with popular phone retail outlet, Slot Nigeria has been nabbed for allegedly diverting phones, laptops and other accessories worth N5.95million to a remote area in Kaduna.

The suspect identified as 42-year old Babajide Olumide was caught at his hideout over the weekend.

The Kwara born driver allegedly diverted the goods from Slot Nigeria Office in Computer Village Ikeja to a remote area.

Babajide who was hired in March was directed to move the goods from Computer Village office of the retail outlet to a branch in Victoria Island on the 2nd of May 2017 when he diverted the goods to Kaduna.

After this arrest, the RRS managed to recover goods worth N4.7Million from the suspect.

See his confessional statement below: 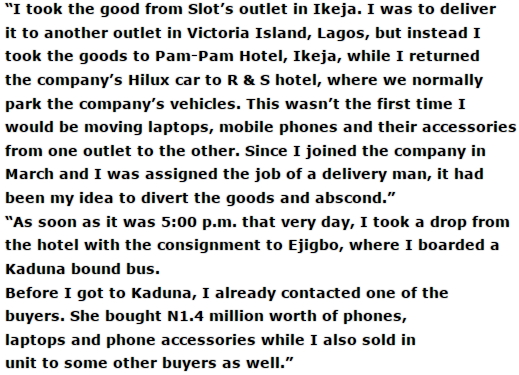 The father of three allegedly used some of the money he got from his illegal dealing to secure a hotel room in Kaduna for himself and his mistress, abandoning his wife and children. 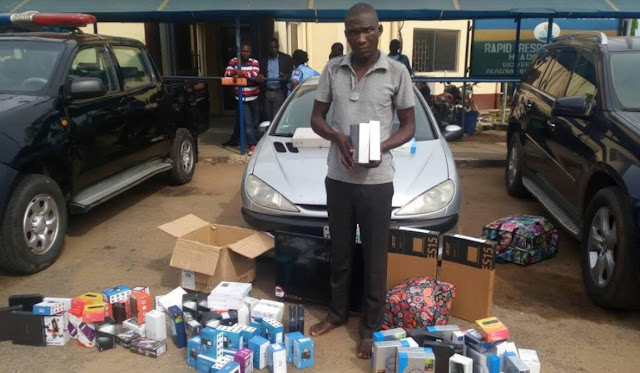 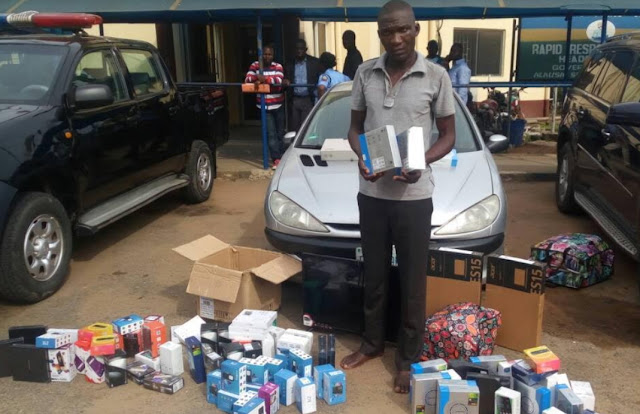