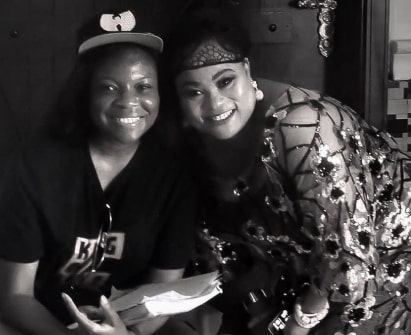 Sola Sobowale: Kemi Adetiba Is A Slave Driver, She Discovered My Talent With King Of Boys Role

Nollywood actress Sola Sobowale will not forget in a hurry  how Nigeria’s top female movie director Kemi Adetiba discovered her talent during a recent project.

In a chat with Pulse NG today, the veteran actress explained her role in just released Kemi Adetiba-directed movie, King of Boys.

Speaking on King of Boys, the actress said the challenging character she played brought out the best of her.

“Kemi is a killer, I almost died. Kemi is a slave driver but thank God. She would say to me: ‘Do you want to look bad on that screen at the end of the day? We thank God for the result. However, what baffles me is when she commends a scene and says ‘that was nice, that was beautiful’, but says we should have another take and before you know it, we would have had 10 or 15 takes.

“I remember a particular scene we were shooting and I was already in action and I heard a distant voice saying ‘Get Aunty S a chair; get her a bottle of water’. I asked what was going on and Kemi said ‘Aunty S, you are fainting’. I sat down and didn’t know I was shaking vigorously. That is the kind of director Kemi is — the type who sees the work and sees the person. Other locations, maybe I would have been dead by now.

“I got the King of Boys script after a lunch with Kemi Adetiba. After The Wedding Party, I got a call from Kemi Adetiba — she calls me Aunty S. She said ‘Where are you?’ and I told her I was home. She asked me to join her for lunch somewhere in Victoria Island and I joined her because I love food and her personality.”

“Acting is what God has ordained me to do”.