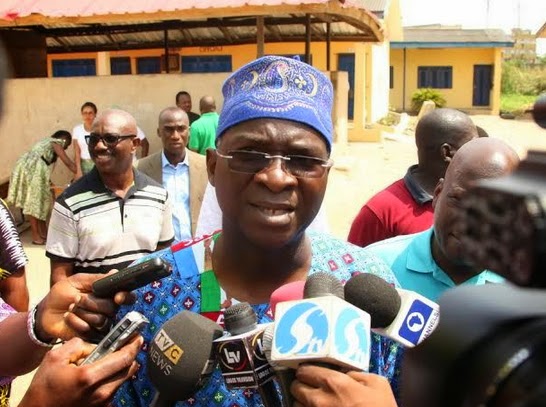 After the media exposed them over the weekend, they relaxed the 3-day all night siege near the home but on Tuesday night, they returned in large number.

A security man attached to the house said a detachment of soldiers “arrived at about 11pm in a lorry stationed at the next house to Tinubu’s”.

“They wore helmets and uniforms and had guns. They were about a dozen soldiers. They hung there till about 3am yesterday but we have not seen them today,” he said.

Nigerians from all walks of life have been criticising the siege which the military however denied, saying the soldiers were on “rountine patrol”. General Officer Commanding (GOC) of 81 Division Major Gen. Tanmi Dibi, said his men were on patrol which he described as routine.

“In the last three days, they deployed soldiers to the home of Asiwaju. Every night now, they send a truck load of soldiers to his home. But I have news for them, we will not be intimidated by their actions. Our votes will speak for us. Let me remind them that if Yar’Adua was alive, the owner of this mandate, he will be preparing to leave the office now.

When President Goodluck Jonathan was seeking for our votes in 2011, he didn’t deploy soldiers to our homes rather he was begging us. He said that he had no shoes. And after he assumed office, he has since inflicted pains on us. After giving him 1.2 million votes, we have no minister and that shows that he doesn’t care about Lagos. But we need to let him know that Lagos is unique,” Fashola said.