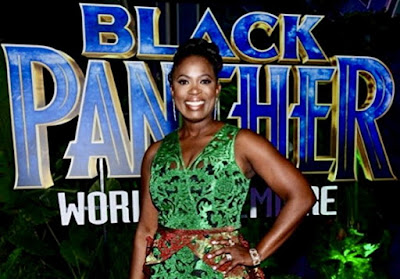 Sope, a graduate of the London Academy of Music and Dramatic Arts played the role of Shaman, a powerful primal leader who calls upon nature spirits for aid or guidance in the movie.

After a successful career in the corporate space, the multi-linguist who speaks four languages including Yoruba, returned to acting and performing. Since then, she has played recurring roles on Netflix’s ‘Bloodline’, NBC’s ‘Law & Order SVU’ and guest appearances on USA Network’s ‘Burn Notice’, ‘Army Wives’ amongst others.

Her film credits include supporting roles in feature films like ‘Identity Thief’, ‘Pitch Perfect 2’, ‘96 Minutes’, as well as ‘Grass Stains’. 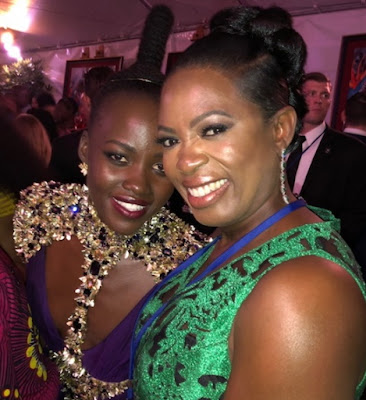 The movie follows T’Challa’s return home after the death of his father in ‘Captain America: Civil War’ as king of Wakanda but finds his sovereignty challenged by a long-time adversary in a conflict that has global consequences.

The movie which is expected to release in Nigeria on February 16, boasts of a 90% black cast including Sope Aluko.

The hardworking movie star is currently working on another Marvel flick.