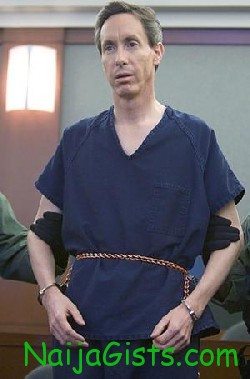 Jan 4, 2012 – Spiritual Leader Bans Followers From Having Sex Until He Returns From Jail – Warren Jeffs

According to a report in Gist Express Magazine, a serial rapist and founder of a fundamentalist Mormon cult, Warren Jeffs, who is currently serving a life sentence in prison for raping a 12 and a 15-year-old girl has banned his followers from having sex until he gets out of prison. naijagists.com

He forbids his members to sleep with their wives, declaring that all marriages are void until he can return and ‘seal’ them. He was said to have predicted that the walls in the prison where he’s at will fall and crumble, and he will be a free man shortly.

However, his congregation is not taking the sex ban lightly (can you blame them), and they have begun fleeing the church in droves.

Can you imagine a man serving a life sentence banning his followers from having sex till he comes back from jail; there is a 100% assurance that he will never be a free man again in his lifetime. So all his followers should “zip-up” for the rest of their life?

This is what ignorance has turned people into.